Released as part of our 35th anniversary celebrations, the Slam City Skates X Oliver Payne board series wanders through our past guided by an old friend. 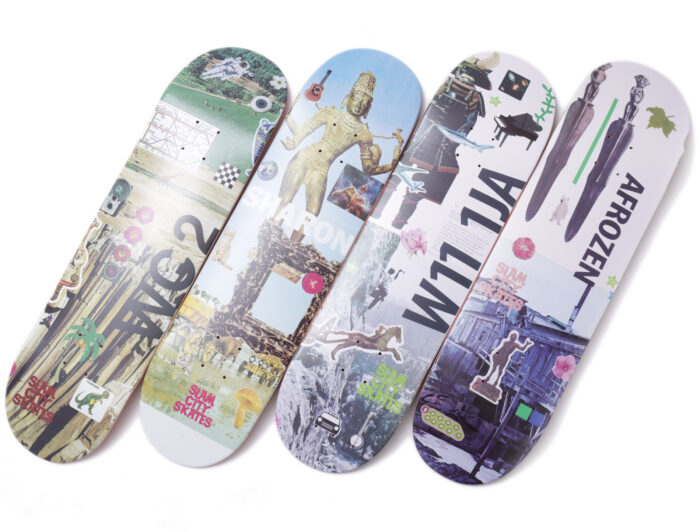 This year, we celebrate our 35th anniversary of serving London’s skateboarding community. As we look back, grateful to those who have both supported and been a part of the journey, we’ve marked the occasion with a range of new shop boards designed by artist Oliver Payne whose personal narrative is interlaced with our own. His appreciation, respect and love for nostalgia informs much of his artwork and the preservation of what he holds dear, this coupled with his sentimental ties to Slam City, made him the ideal artist to collaborate with.

Over the decades, there have been many stages in our evolution. Slam City Skates began as a basement fixture beneath Rough Trade Records in Talbot Road back in 1986. A piece of his West London childhood, Oliver would visit shortly after starting to skate. Two years later, Slam would go on to open above ground and our Neal’s Yard address in Covent Garden would be the shop Oliver came to frequent once skateboarding in the city was a driving force in his life.

Concurrently, Slam existed as a distributor from Latimer Road for the likes of Toy Machine, Zero, Foundation, Shorty’s, Zoo York, Circa, DVS and Lakai to name a few and our paths formally crossed in the early 2000s when Oliver began working at the Slam warehouse. Happily, we’ve always been a refuge for Oliver and destination on his visiting list throughout the years and the graphics he’s designed to mark our 35th anniversary honour exactly that. 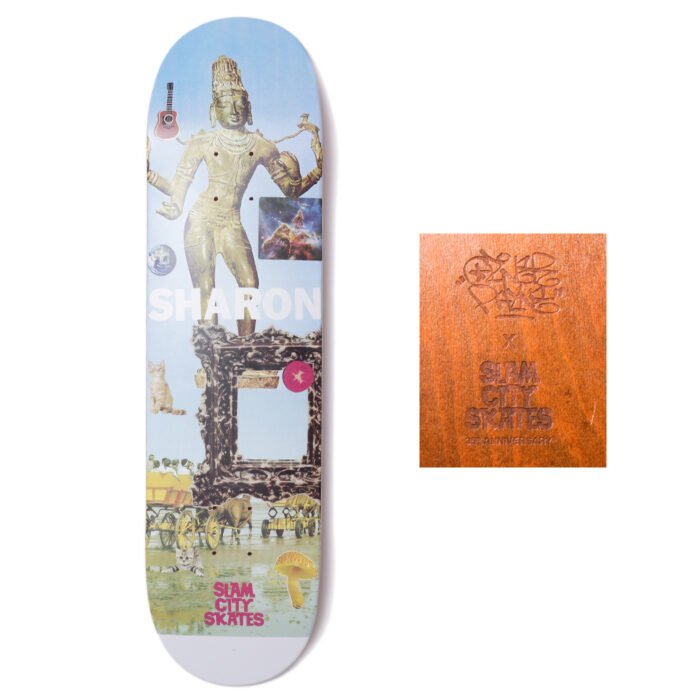 The Slam City Skates X Oliver Payne ‘Sharon’ deck in 8.25 and the top ply detailing featured across the series.

Slam’s original Talbot Road basement location is referenced by the shop’s W11 1JA postcode, the location which still houses Rough Trade Records today. Oliver’s regular visits in the ‘90s began when Sharon Tomlin was the Neal’s Yard shop manager, he immortalised this time period in her honour with the ‘Sharon’ board. The ‘WC2’ also pays homage to this location and many happy times spent in London’s West End. The ‘Afrozen’ board references a Marc Bultitude marker pen sketch which lived behind the counter of the shop for decades surrounded by a frame.

“I’ve always known I’d never be good enough at skateboarding to have my name on a skateboard. But I’m honoured if anyone thinks I’m good enough to have my art on a skateboard,” says Oliver, regarding his excitement to work on graphics. “If somebody rides a board with my artwork on it, I feel involved in the process of skateboarding. Even if only superficially or tangentially, it’s still contributing in some small way to the culture. I get stoked about that.”

Stay tuned for an interview with Oliver about the board series and his history with Slam. 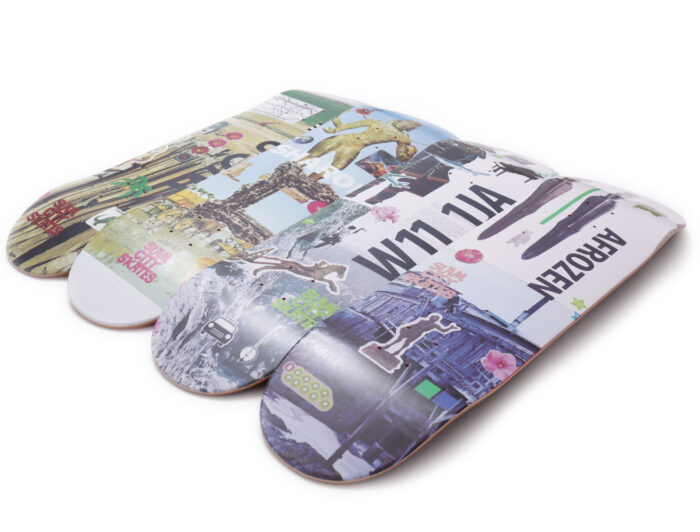 Read our interview with Oliver about his artwork and history with Slam here and explore the Slam City Skates X Oliver Payne here.