In support of ‘RaD: The Book of The Magazine’, we’ve teamed up with the folks at the Read And Destroy Archive. With a collection of t-shirts featuring iconic skateboarders from the publication’s era, and all proceeds heading towards the book, we spoke to photographers behind the images emblazoned across the Slam City X RaD capsule. 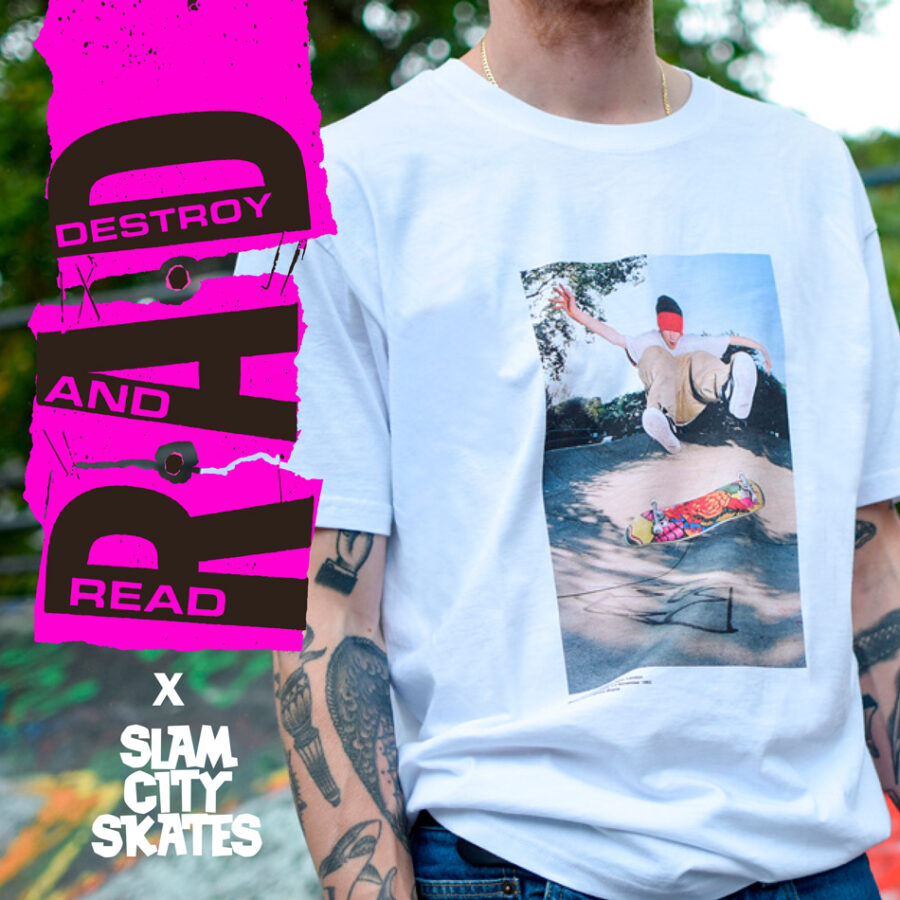 An unused photo of Simon Evans set things in motion. Flashes of Curtis McCann and Will Bankhead quickly followed.

The photographs encompassing the Slam City X RaD collection are striking images which stand the test of time, just like the parts they were captured at: Kennington, Meanwhile 2 and Stockwell. The following quotes from Read and Destroy photographers, Tim Leighton-Boyce and Jay Podesta provide a window into the magical time they preserved, now proudly immortalised on a Slam garment. 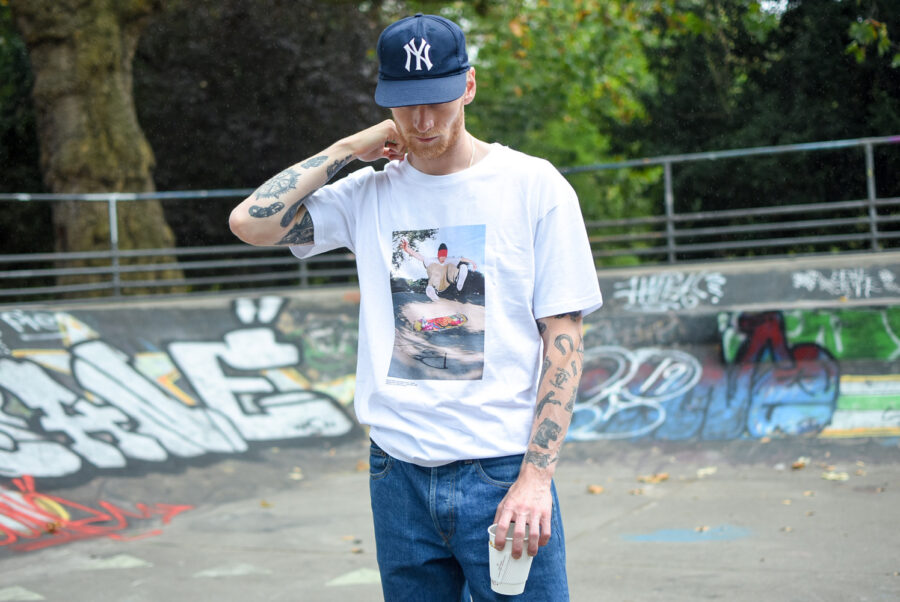 “Simon Evans was one of the most creative people I collaborated with. One of the best things about RaD Magazine for me was that I got to work with some astonishing people.

Simon brought a massive amount of enthusiasm, new ideas and new directions to the magazine. It was like a new injection of life and energy. This extended way beyond the features he actually wrote or the pictures he appeared in. But he definitely appeared centre stage in the most obvious and extreme example: his interview which played with idea of “the skateboard magazine interview”.

Working with Simon was a huge amount of fun for me. Stressy sometimes, but massive fun.” – TLB 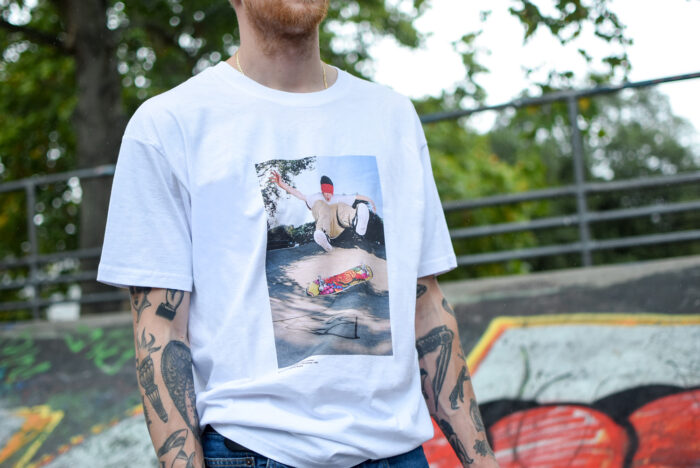 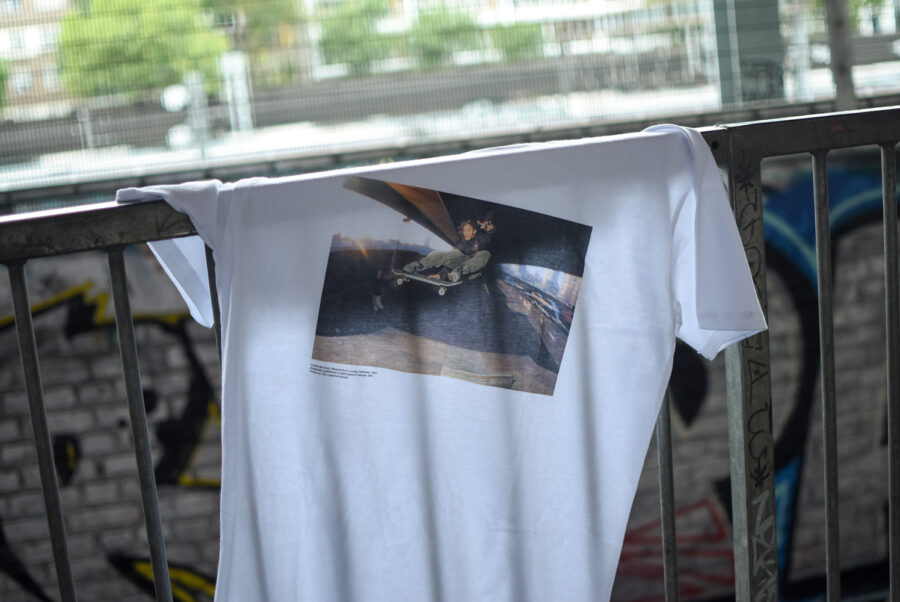 “Curtis was one of the most remarkable skaters I ever photographed. He was so stylish. All I really had to do was point the camera in his direction and the picture would look great. This is a classic example, just look at the shape.

I didn’t get to photograph him as much as I would have liked. I have the feeling that he was slightly reticent and always kept to himself more than a lot of people I worked with. I admired that. There was an enigmatic quality to him.

All that doesn’t quite match the facts, since he was a prominent part of the skate scene from when he was quite young, through M Zone and their mad adverts. But that’s my impression, looking back over the decades. An astonishing skater, extraordinarily distinctive, who also seemed to have yet more in reserve.” – TLB 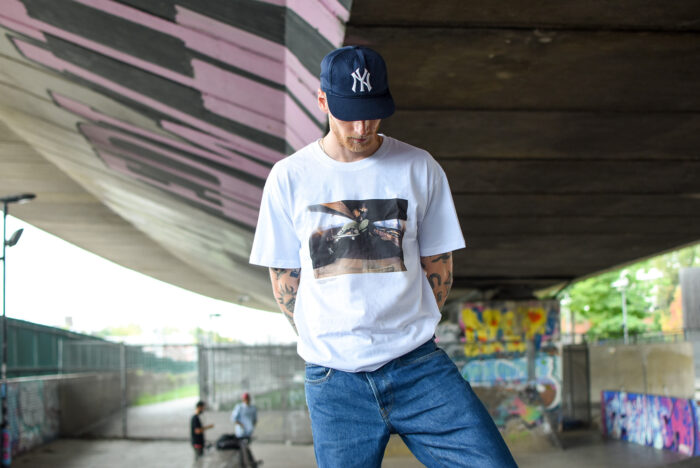 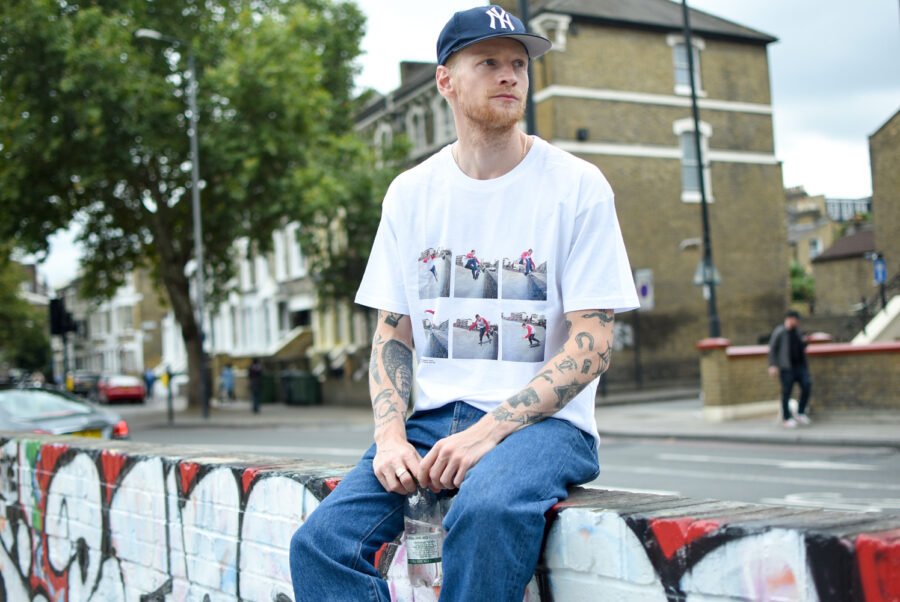 “Whenever I went shooting street pictures with different skaters, you kind of had a plan. Usually, they’d found some new spot or wanted to visit a place that was well known. Once there, quite a few would want to repeatedly hit one thing over and over. A rail, maybe, ’til you had the shot of the trick or tricks they could make on it then move on, ignoring anything else in the vicinity.

But whether shooting pics or skating with Bankhead, he’d just skate everything. Charging around on the way there or once at the spot, riding anything that presented itself. You’d get a variety of shots from each place and the feeling you were just out skating, not trying to get what would now be termed “content” for the mag.

His style of riding meant that when shooting this sequence at Stockwell he seemed to just pop up onto the wall with ease. No a struggle at all. At least that’s how I remember it. Understated but super impressive, for sure.” – Jay Podesta 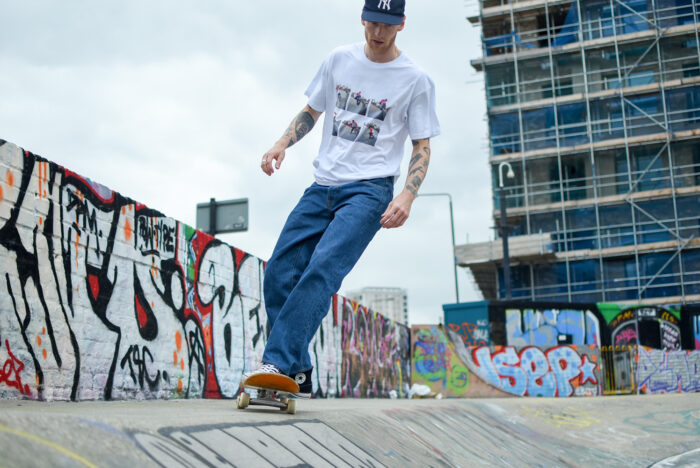 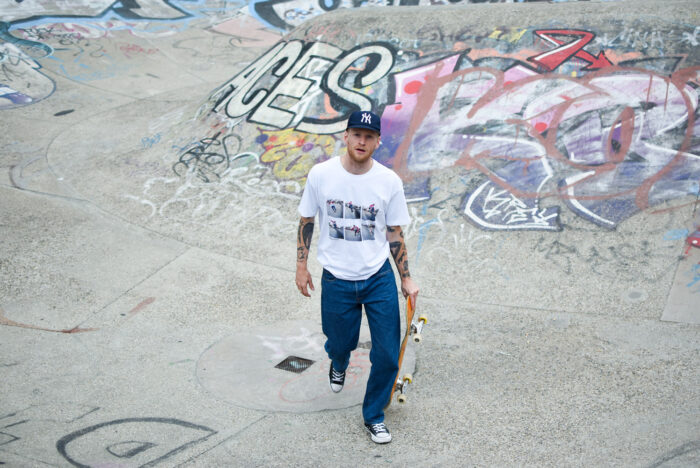 The Will Bankhead t-shirt, featuring photography by Jay Podesta

With thanks to Dan Adams for working so closely with us on this one, alongside the vital work he is putting in archiving gold dust from the pages of Read and Destroy. The Slam City X RaD collection only scrapes the surface.

Support the cause and pick up your favourite t-shirt, check out our recap from the collection’s launch night and our Curtis McCann mixtape put together by Winstan Whitter.

More from the Read and Destroy Archive alongside an insightful interview with Dan Adams by our friend, MacKenzie Eisenhour about the RaD Book project.