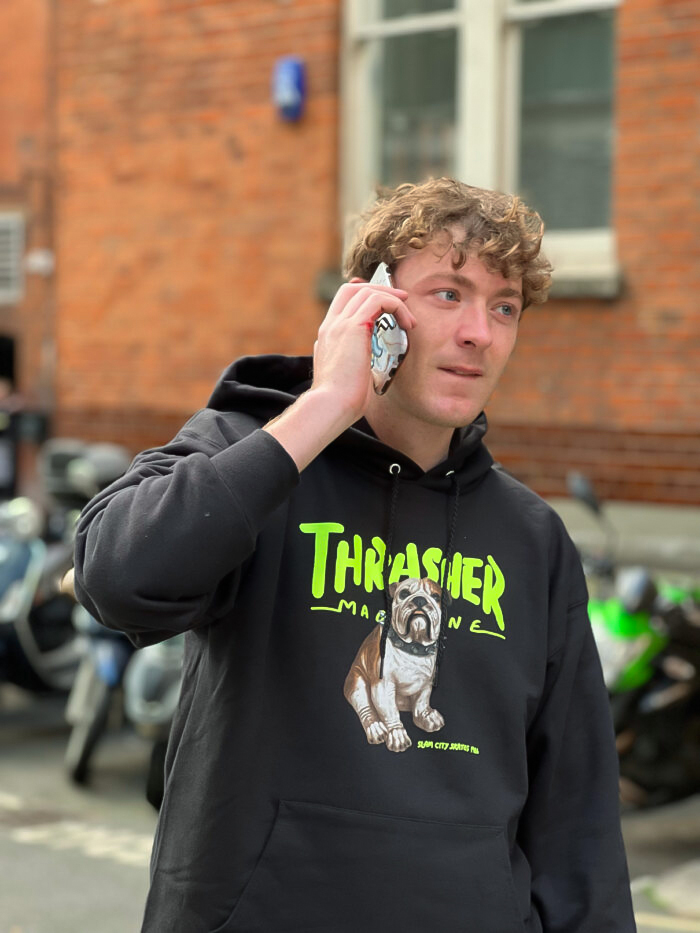 A key component of the U.K.’s transatlantic takeover and longstanding member of the Slam City family, Jacob Harris in the Thrasher X Slam City Bulldog Hood.

“It’s raining, you have to work for it. It’s the opposite of the spoiled California kid. That rings true as a connection with San Francisco and that’s the connection with Thrasher.”

Still operated from San Francisco, the city that gave way to the magazine has long occupied its pages. The first issue featured an ode to S.F.’s kerbs alone whereas over the years hills, bowls, DIY, handrails and the wider Californian landscape all became typical ‘Thrasher’ hallmarks. Spurred by Geoff Rowley’s appreciation, a European presence took root during Flip Skateboards’ Sorry era as Rowley won their ‘Skater Of The Year’ award in 2000. Arto Saari, his Finnish brother-in-arms, landed it in 2001 off the back of his definitive “would still be amazing if it was released today” video part. 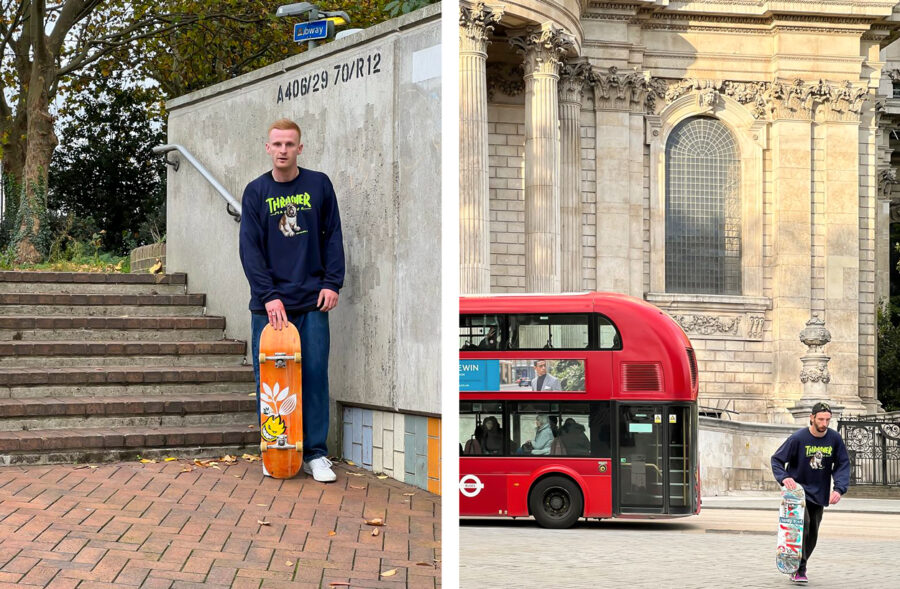 Michael Burnett, current editor-in-chief, believes that period and the connection Rowley gave to his ilk, was integral in shaping Thrasher’s post-millennium incarnation. Fast forward, and the success of Tom Knox’s Vase part would launch Jacob Harris’ ‘Atlantic Drift’ series, drawing further eyes to the U.K. and instigating a shift of focus for Thrasher towards platforming scenes and crews outside of the United States.

“British skaters, I always thought of them as kindred spirits with Thrasher,” says Burnett. “Those I met early on were Howard Cooke, Geoff Rowley and Jagger [Dan Ball]. Tough, salt of the earth types, who appreciate what Thrasher appreciates – raw skating, taking great pride and joy in being a skater, and loving all the things that come with it. Traditional ‘thrashers’, basically.” 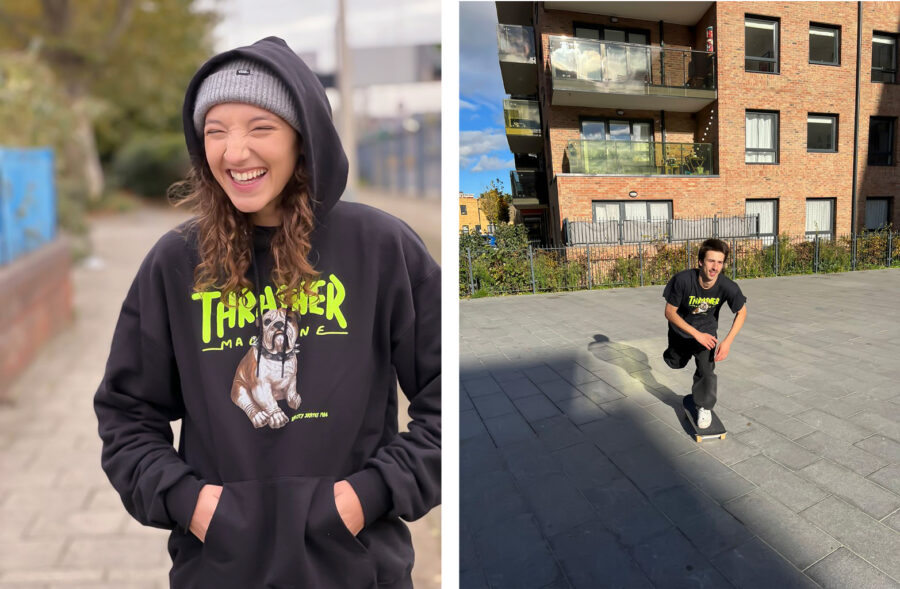 A staple London souvenir, the bulldog is a piece of British iconography which too encapsulates notions of toughness and resilience, yet one whose sterner connotations are offset by thoughts of friendly slobber and kitsch figurines of the creature finding a home on grandparent’s mantelpieces.

Drawing on Slam City’s musical heritage from our days above Rough Trade Records, the Thrasher X Slam City collection reconfigures the bulldog to pay tribute to skate videos of the early 1990s and one of our culture’s most celebrated musical contributors, Dinosaur Jr. The pet bulldog of frontman J Mascis takes pride of place on the cover of their 1991 compilation, ‘Whatever’s Cool With Me’ and the handwritten lettering accompanying Beefy’s image informed the typographic queues for our name and timestamp across the Thrasher X Slam City collection.