We enjoyed a big turnout for the launch of the Slam City X RaD capsule of Friday evening. Here’s a snapshot of the evening. 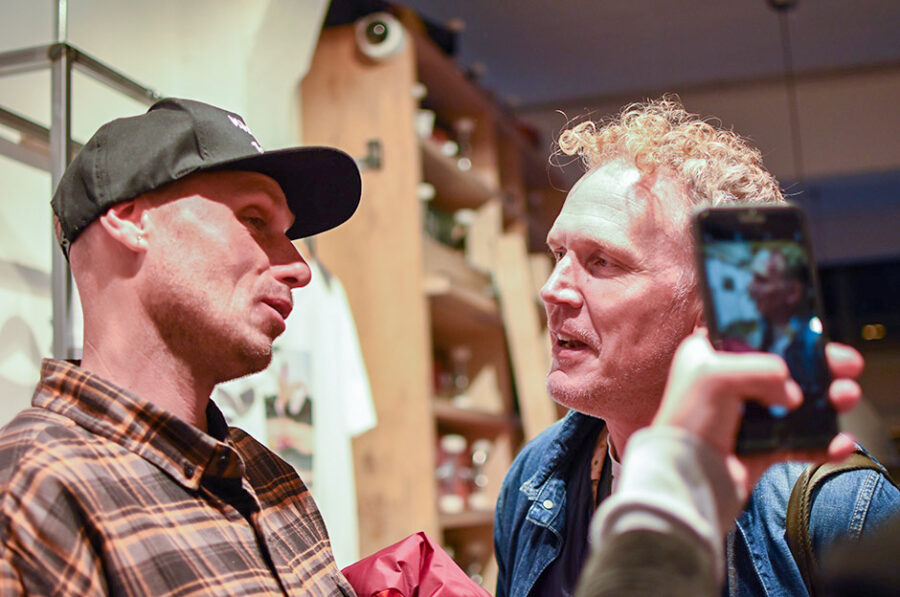 It was wonderful to see so many faces out for the launch of our Slam x RaD capsule on Friday night. Heavy heads were in attendance, including the photographers who sparked our imagination back in the day and made everything possible later down the line with this collaboration, particularly Tim Leighton-Boyce and Jay Podesta.

With thanks to TLB and Jay alongside to Dan Adams for framing the prints on display and his hard work which inspired and facilitated the project. A final cheers to Gipsy Hill Brewing Company for keeping us in good supply of beverages. Big up to everyone who made it down to Slam East. And if you didn’t, hit play on our mix from the night and vicariously through the crop of photos below shot by our man, Jacob Sawyer. 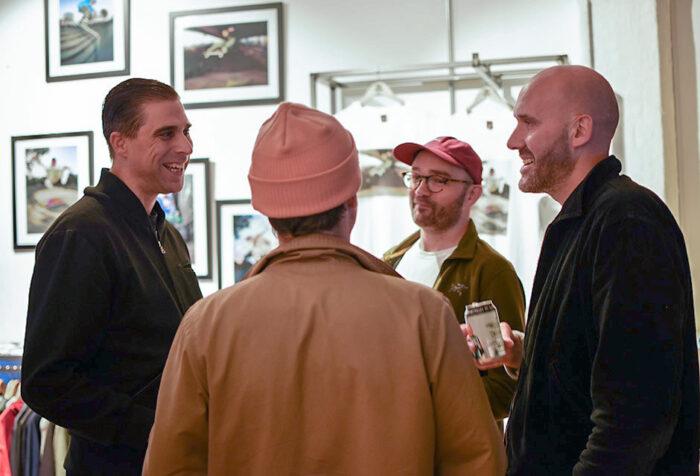 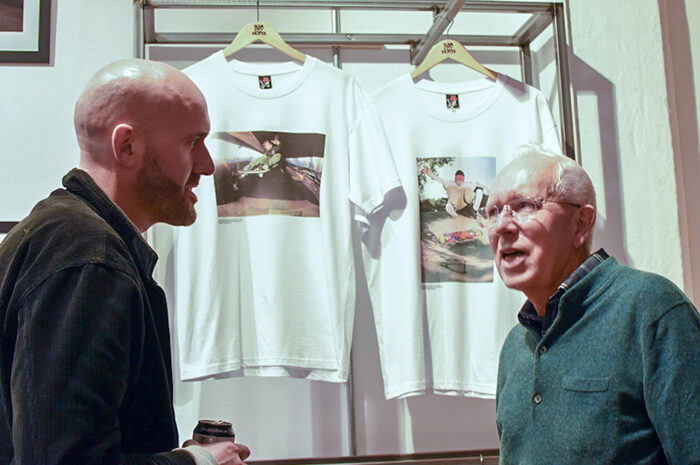 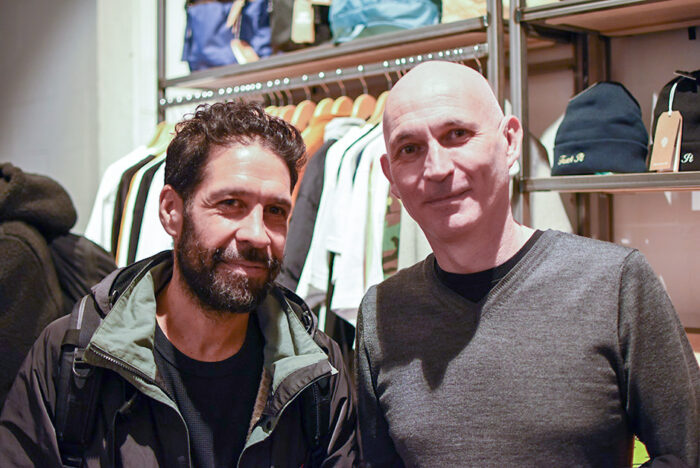 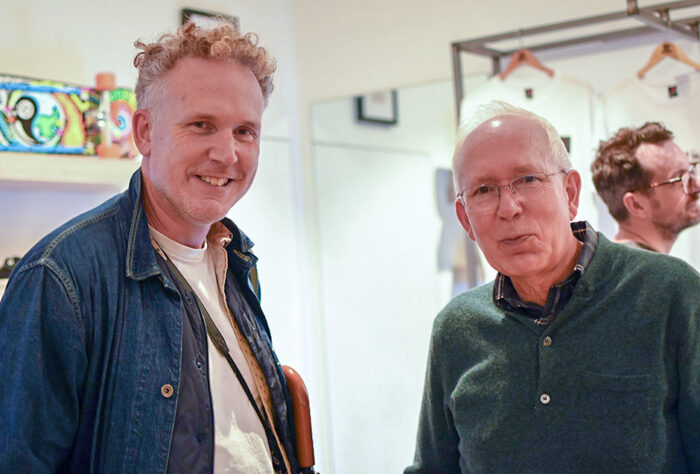 Wig Worland and TLB on the other side of the lens 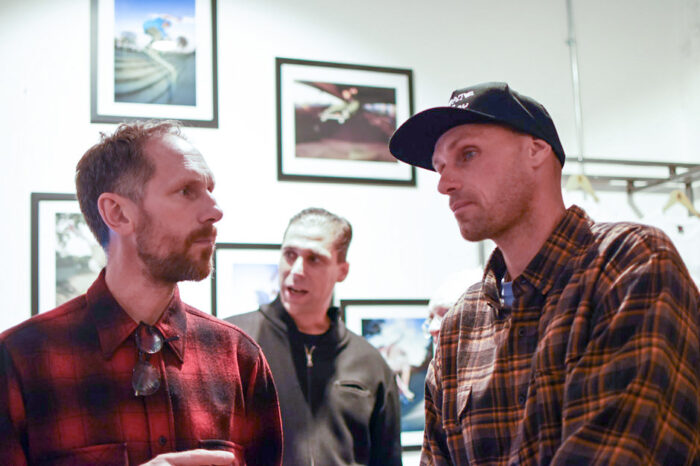 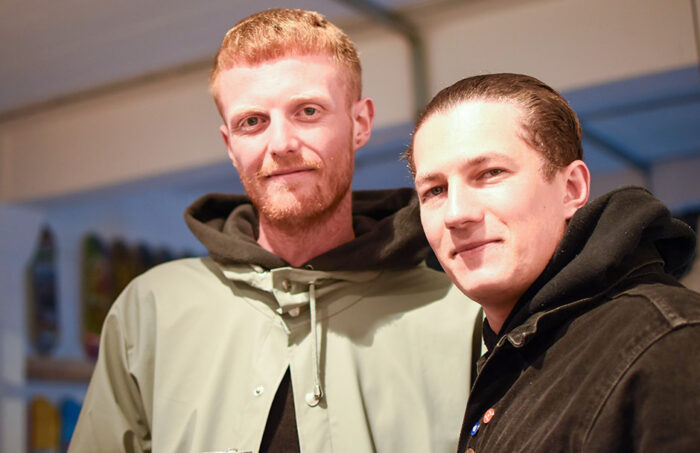 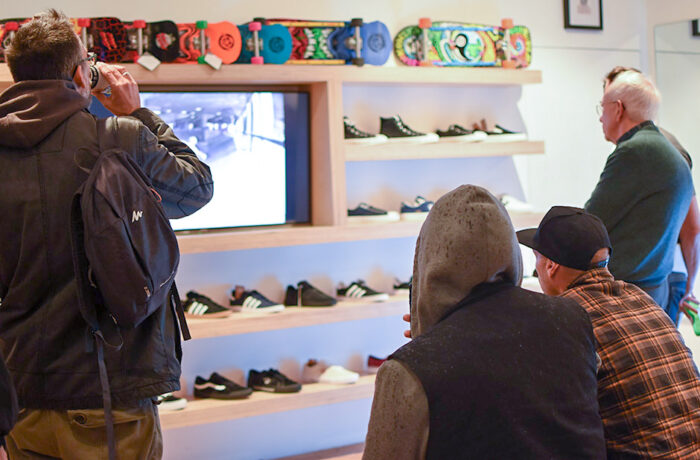 Winstan Whitter’s edit of Curtis McCann and Simon Evans on loop. We will post later this week 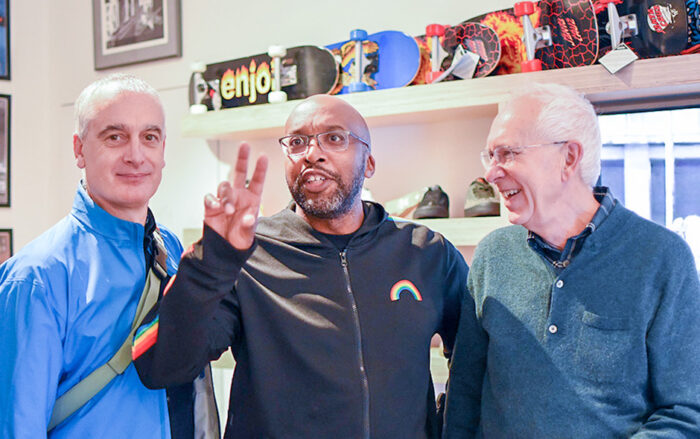 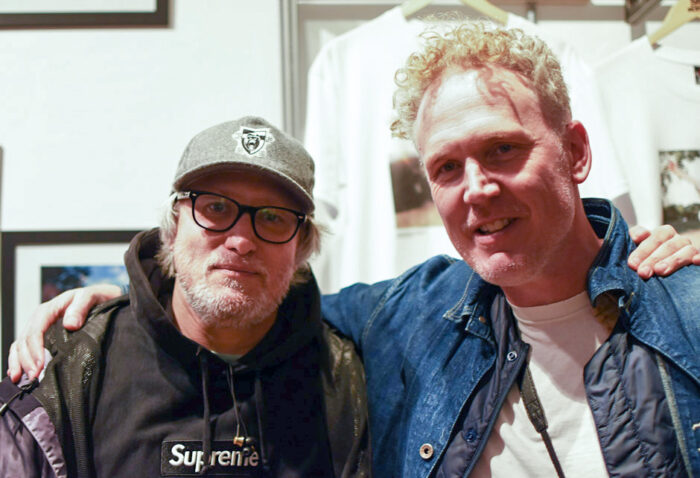 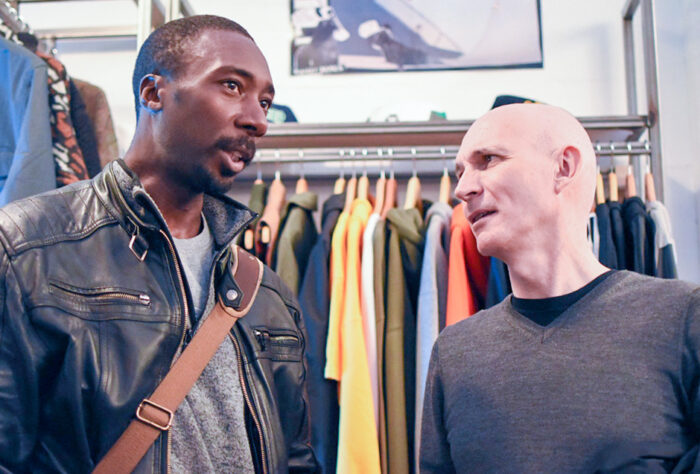 Olly Todd showing TLB outtake from his first photo in RaD shot by the man himself in 1991 – a nosegrind attempt at Barrow Skateshack (the photo which ran was a one foot tail grab over the hip). 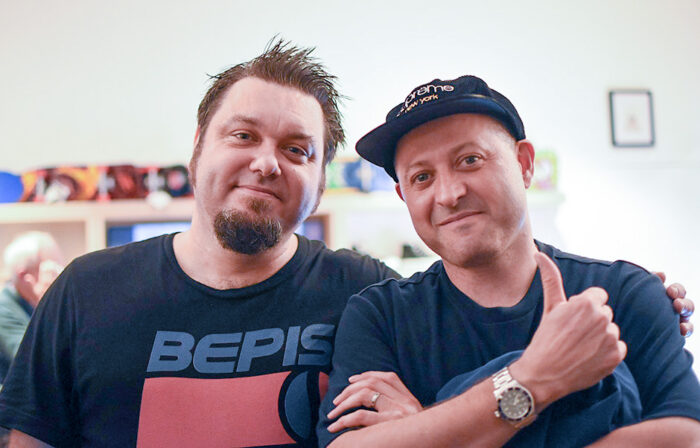 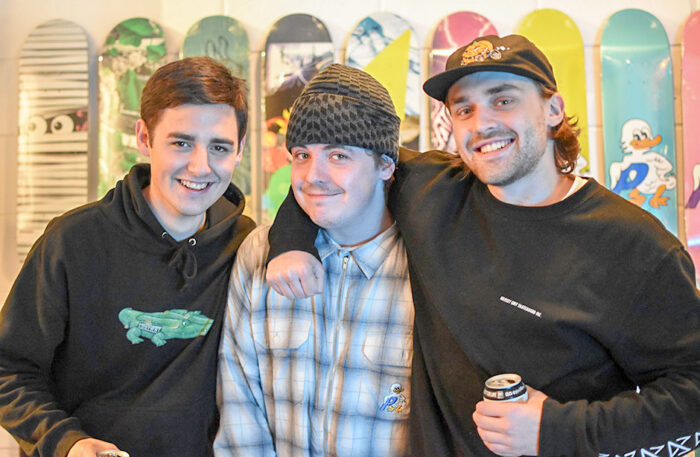 Liverpool in the house. Fergie, Rauiri Jones and Fred Lambert 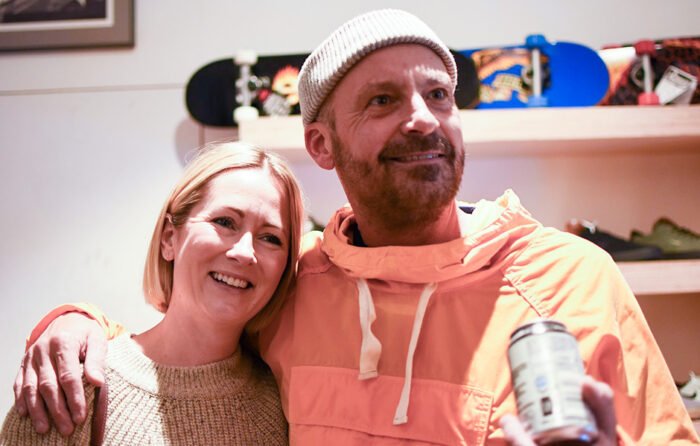 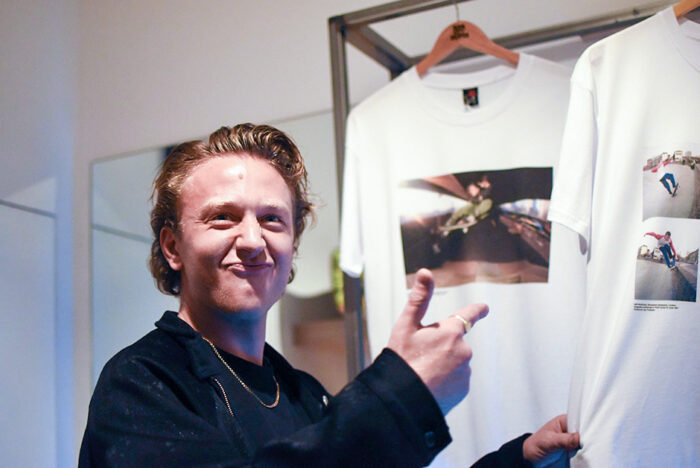 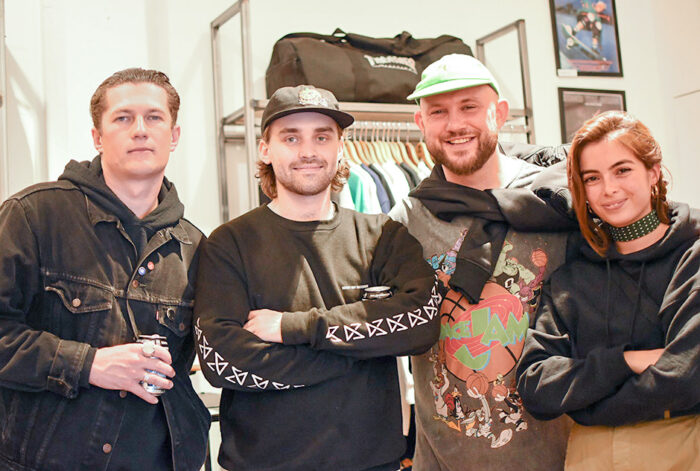 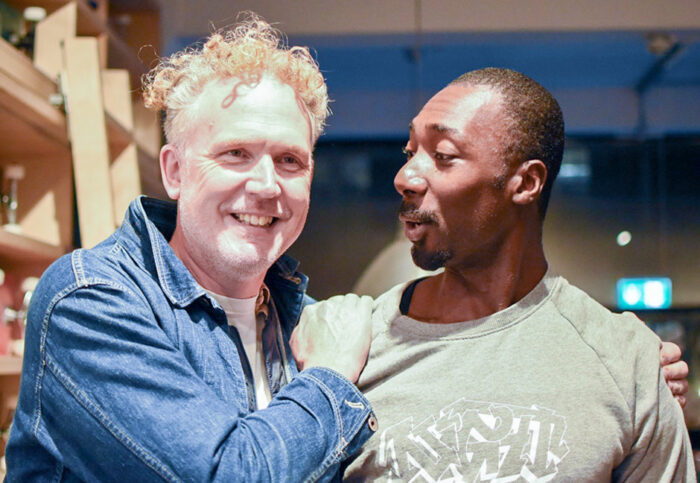 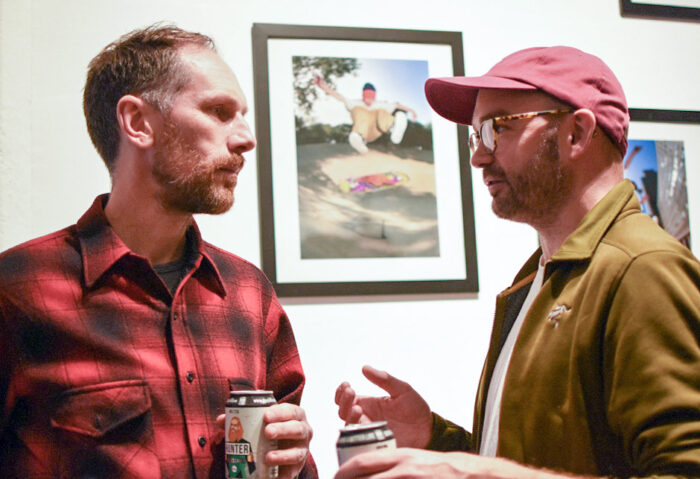 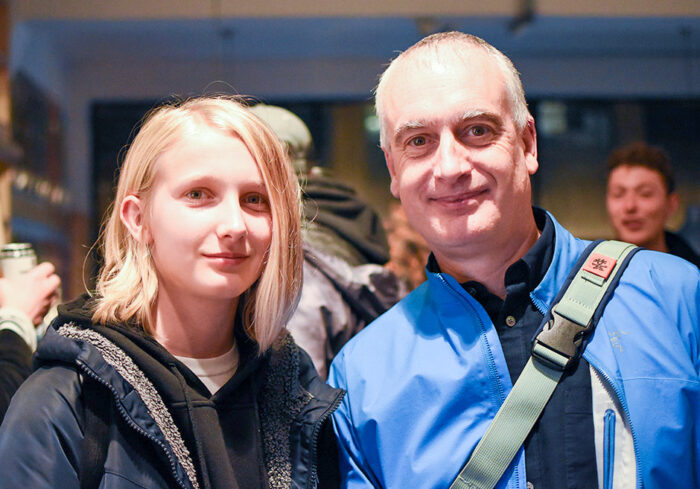 The man who started it all, Slam founder Paul Sunman with his daughter Edie. 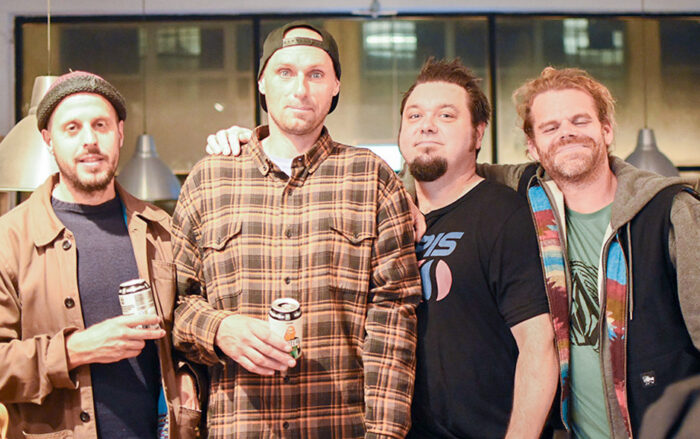 Cheers, that’s time at the bar.