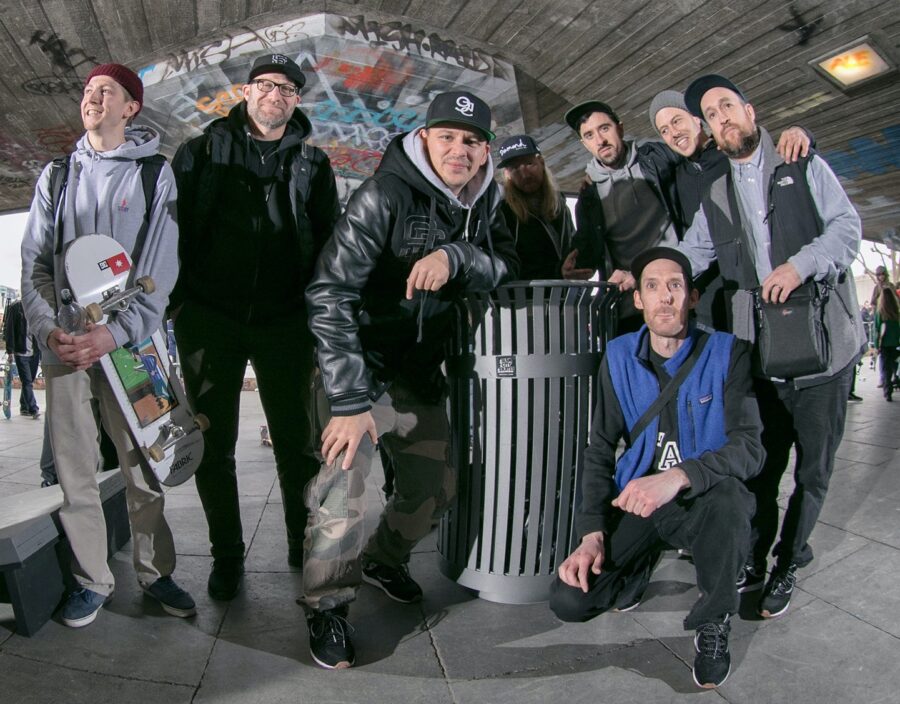 A lot of ideas were thrown around whilst figuring out our DC x Slam City collaboration. We’re stoked we managed to make a proposed dream spot – literally the best case scenario – a reality.

Having Josh Kalis and Mike Blabac join us was incredible enough. Recreating the iconic Love Park kicker-to-can set up, immortalised by the pair with that 360 flip, a whole different ballgame.

Despite watching it all happen, the event still seems a surreal. Andy Willis was given the exact specifications of the trash can and jacked up slab. Two weeks later, he’d created a perfect replica – even fabricated the can from scratch.

Bizzarely, Josh mentioned he’d never actually watched someone skate this set up, having been too engrossed in each session. This time he got to enjoy it go down. DC’s John Shanahan blasted the inaugural ollie over the can, captured below in the first of a gallery of photographs shot by Sidewalk Magazine‘s Andy Horsley. 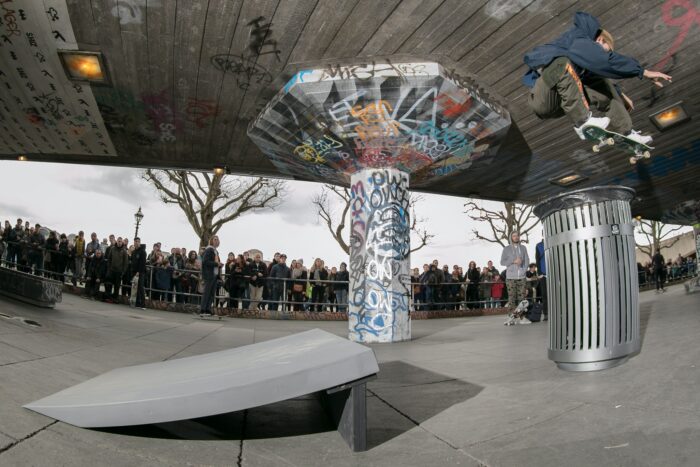 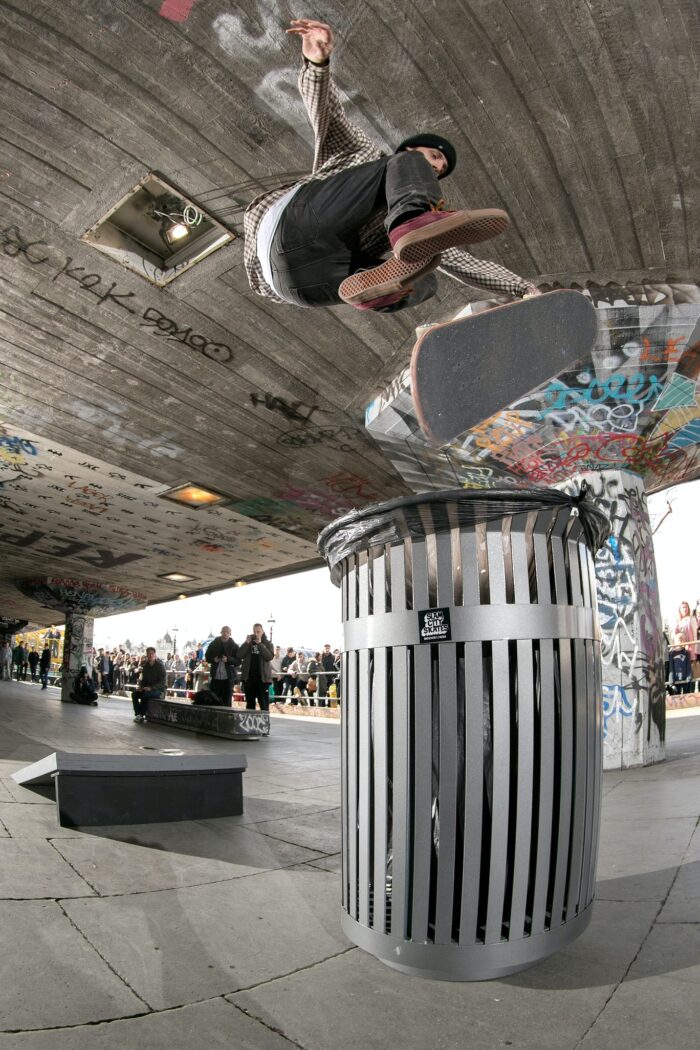 U.K. skateboarding nobility, Chris Oliver 360 flips in a knowing nod to the crown prince of Love Park. (Be rude not to, really.) 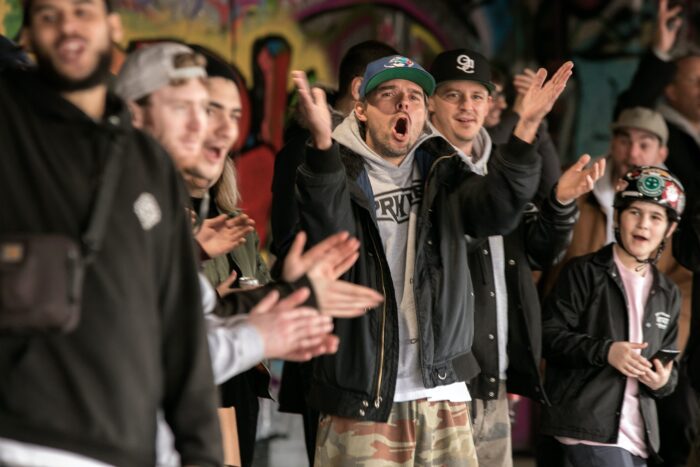 Safe to say it was well received 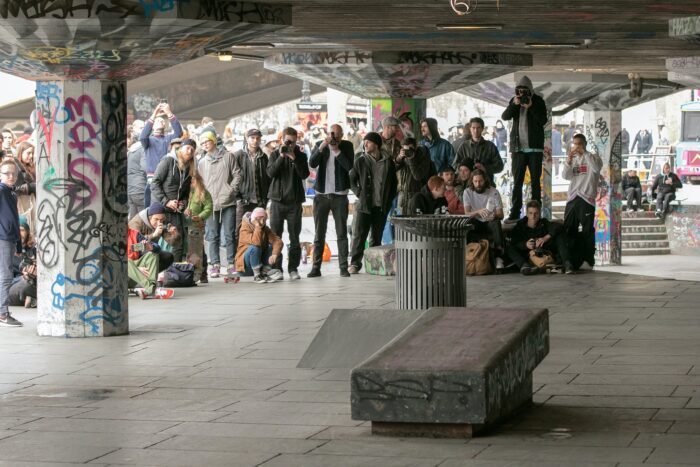 Kicker and can standing tall and admired, like monkeys and the obelisk from 2001: A Space Odyssey 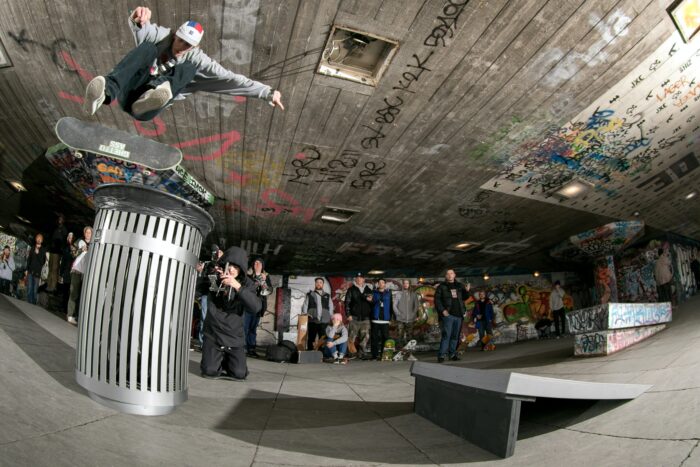 James Grindley has become a firm fixture at events all over the country. He has a tight bag of unusual tricks at his disposal. He did this backside flip in no time, before anyone was even down there. It was super easy for him to do again. He also hoisted a lofty a hardflip revert. 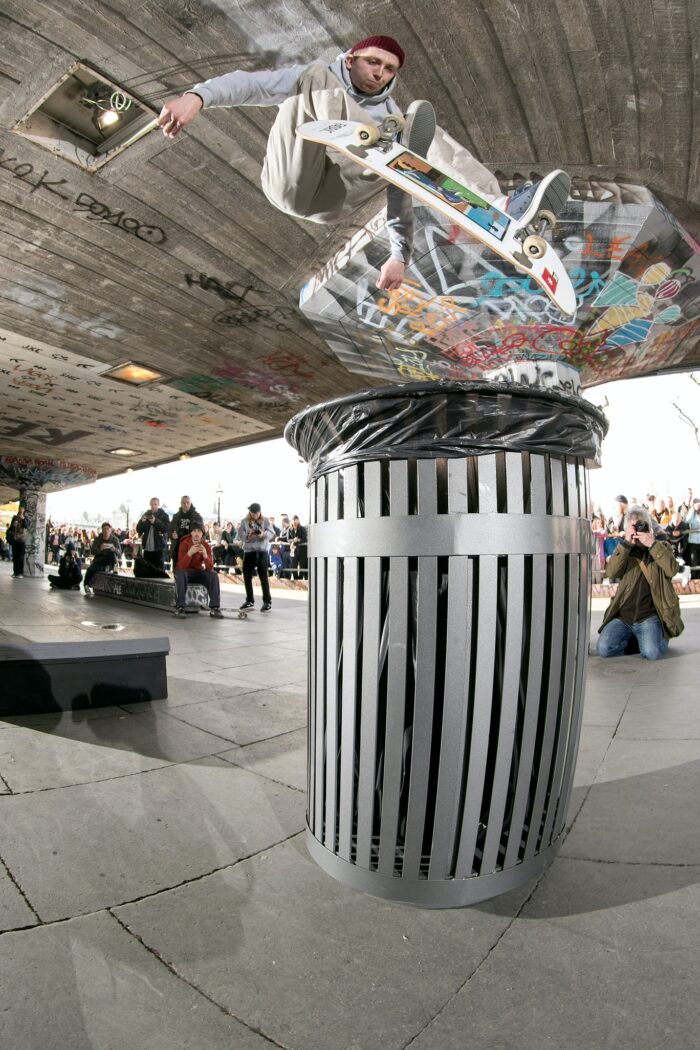 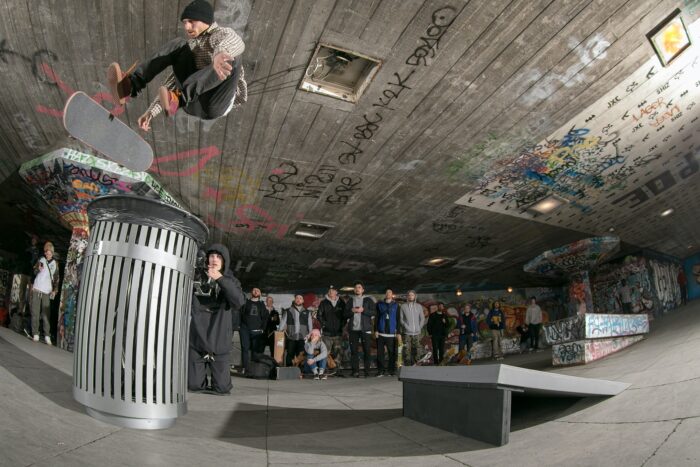 Another choice move for a Love Park throwback, Chris Oliver with a variel heel. The abruptness of the replica kicker left many floundering but Chris had no problem skating this awkward set up. . He also ollied this replica obstacle to manual, popping down the Southbank seven when he reached it 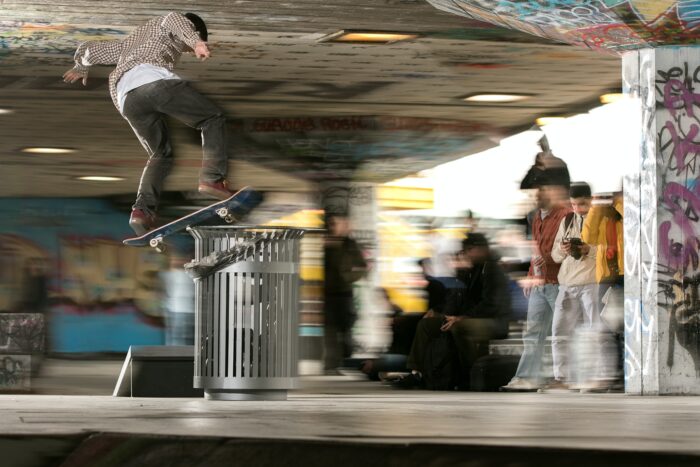 …and an unconventional use for the can you wouldn’t see in Photosynthesis, Chrolover front boards to fakie 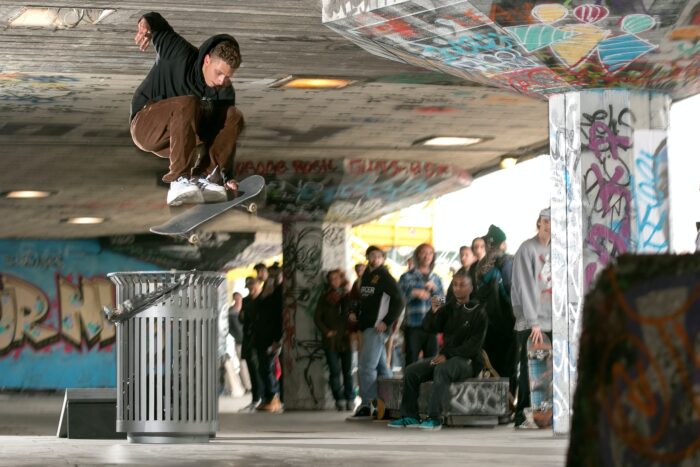 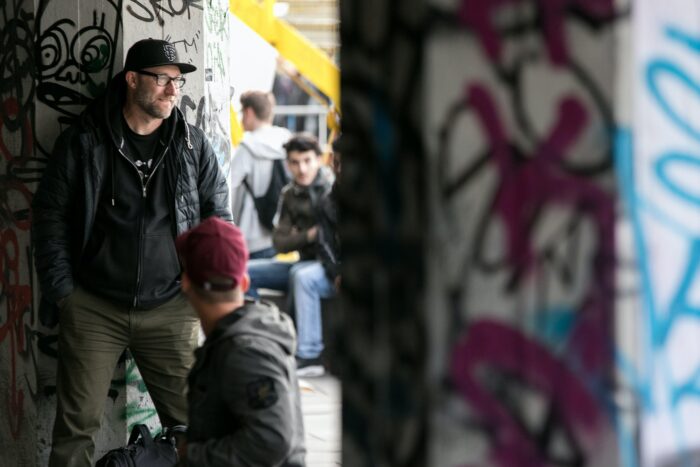 The man who had a camera in hand in the kicker-to-can’s original setting, Mike Blabac (cue applause) 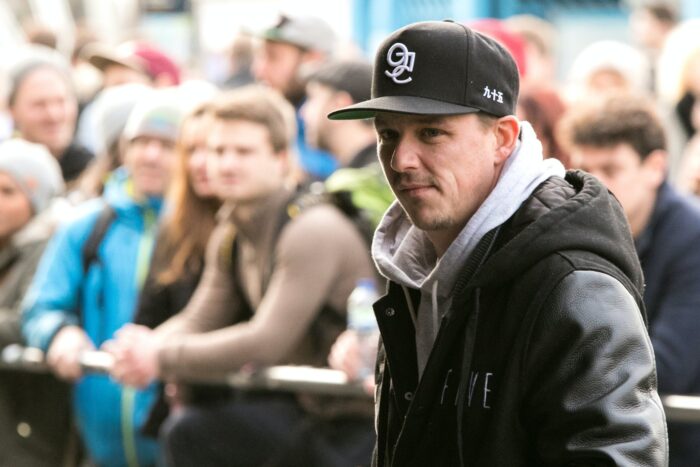 With thanks to everyone who came down to this one of a kind event, to DC for making this happen and, of course, to Josh Kalis and Mike Blabac. This was undoubtedly one of the most memorable events we’ve ever hosted. The DC x Slam City collection is available online and at our Covent Garden store.