As Vans celebrate their 50th anniversary in 2016, we celebrate our 30th. The Vans x Slam City capsule draws together a joint timeline, resurrecting silhouettes from Slam’s halcyon days.

With this year being our 30th anniversary as Vans celebrate their 50th, working together on a project was something we were keen to make happen. David Atkinson (featured above) worked closely with the Vans design team and we called upon Slam staff member Oscar Oneim, past mail-order aficionado, Tom Tanner and guest Vans team rider Denis Lynn as the crew to put these shoes through their paces. 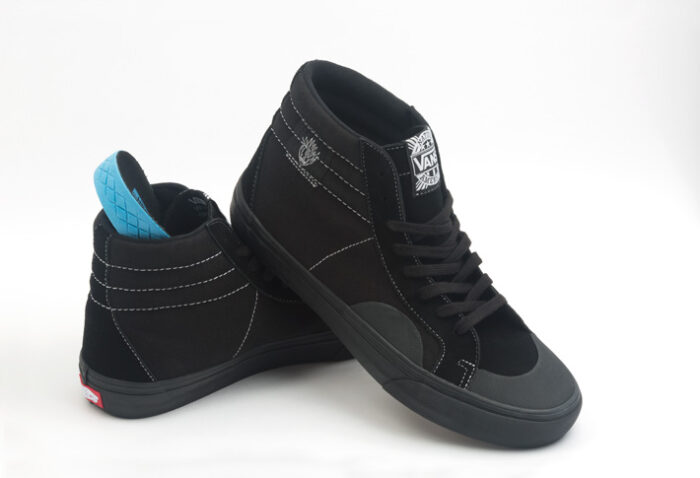 Both shoes are plucked from the Vans archives for their relevance to key moments in our history. One of the lesser seen silhouettes is the ‘Native American’ released in 1988 – the year our original Covent Garden shop opened.

We’ve been fans of the shoe for many years and the Madrid Skateboards collaboration with the flies adorning the Native’s upper is etched in to our memories.

This monochromatic, Slam incarnation nods to that. The silhouette’s unique shape is accentuated by white contrast sticking and subtle adorned with Savage Pencil’s ‘Flamehead’ logo. Edwin Pouncey’s artwork is heavily intertwined with our early days and used fondly on both shoes. 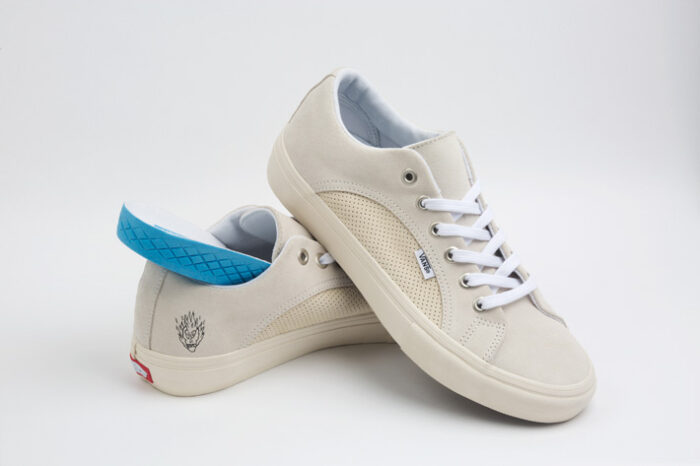 The Lampin was released in 1993. For many of us, this period is golden for many different reasons with the era’s soundtrack and visuals bound to our souls.

The Lampin was well loved but it’s inclusion in the Vans line short lived. We brought it back in a Marshmallow/White colourway and with the ‘Flamehead’ appearing again on the inside heel.

Both the Native American and Lampin have been updated with current Vans technology, making them better than they ever were. For the first time, these shoes feature Duracap underlays to extend their life span and Ultracush footbeds for increased support and cushioning. 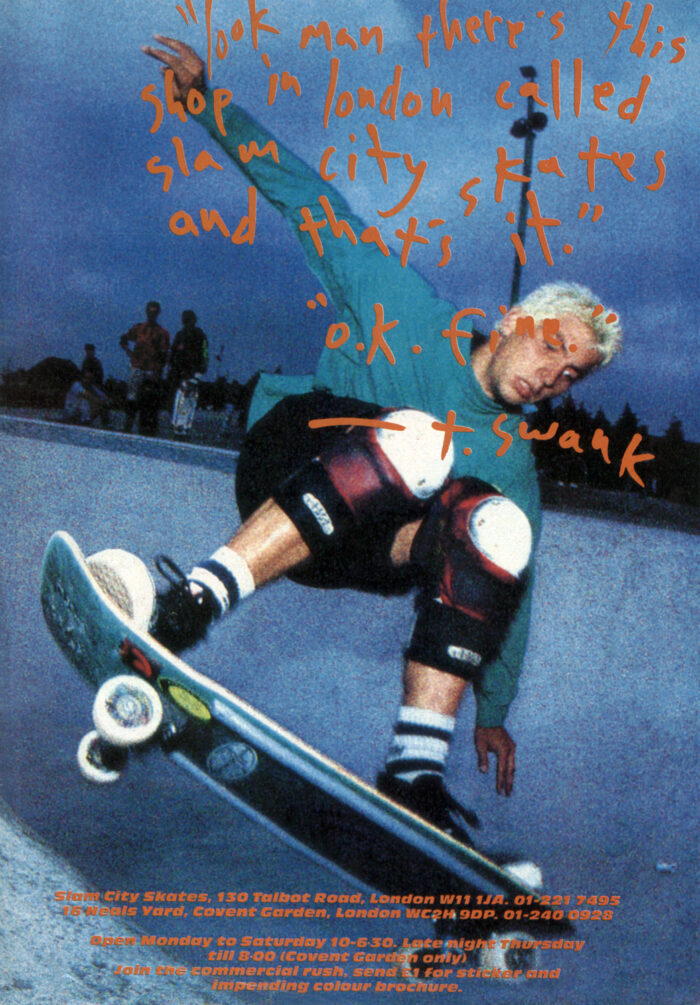 Finishing touches which celebrate our history are the inclusion of Tod Swank’s text which appeared on a Slam advert in 1989. Tod has been a good friend to Slam over the years and recently designed a board for us. His text about the store appears on the insoles and on the box of both models.

We are stoked to have worked on shoes with Vans once again and to celebrate our anniversary this way. Both models are available tomorrow morning at 9am here.

Check out the Launch Gallery for the collaboration here.