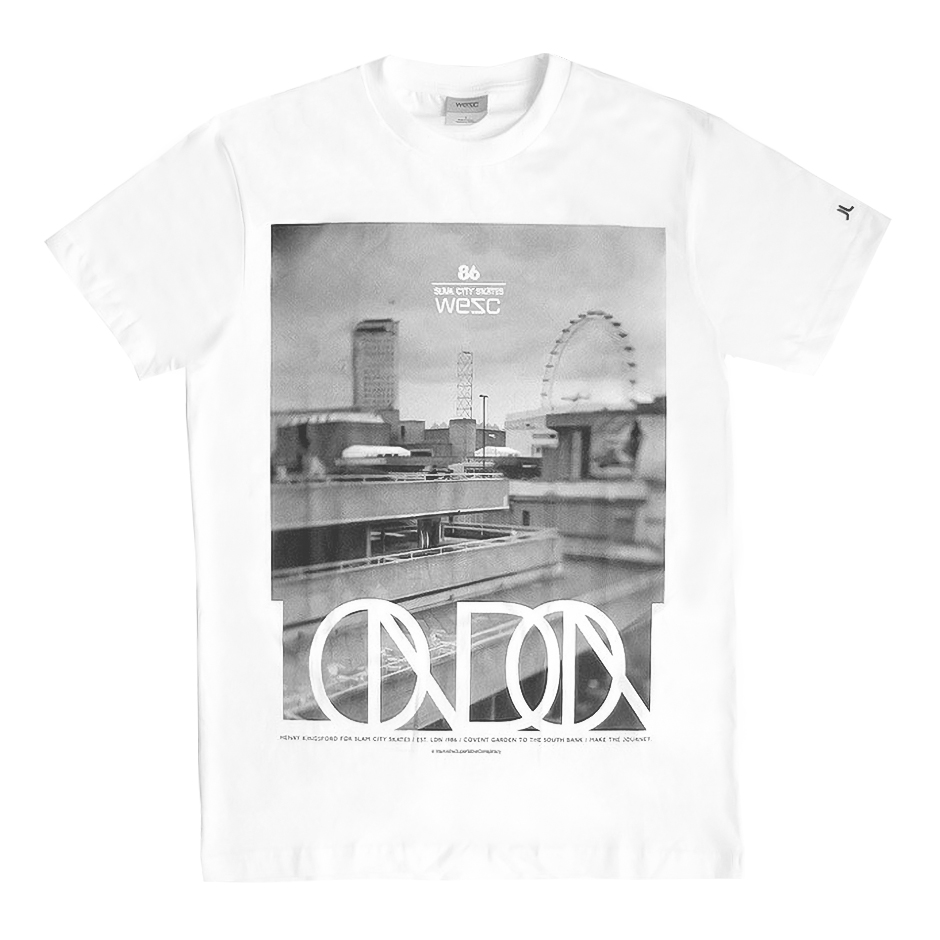 The WeSC x Slam City Skates t-shirt is our version of a tramline tourist souvenir with a twist.

It celebrates our vision of London, the beauty we see that escapes the masses. We have long been a hub for skateboarders from all over the world visiting the UK for the first time. As well as playing host, we also spend a lot of time giving directions to skate spots scattered around our city. Nowhere is more of an essential destination for visiting skateboarders than Southbank and we explain the 7-minute skate route to this legendary spot on a daily basis.

The London Eye appears in the background of the WeSC x Slam City Skates tee but it’s the brutalist architecture of the Southbank centre that Henry Kingsford‘s lens is drawn to. This place is hallowed ground for skateboarders around the globe and the historical relevance of this amazing spot is what is being acknowledged.

The text below the print is a call to action like London underground ads from decades past. “Covent Garden to the Southbank / Make the Journey.”

It’s a journey we have made many times and you should too. Swing by to pick up one of these limited shirts or grab yours online.