To celebrate our Anti-Hero X Slam City collaboration, the good folks at DLX flew Raney Beres over to put the goods through their paces. 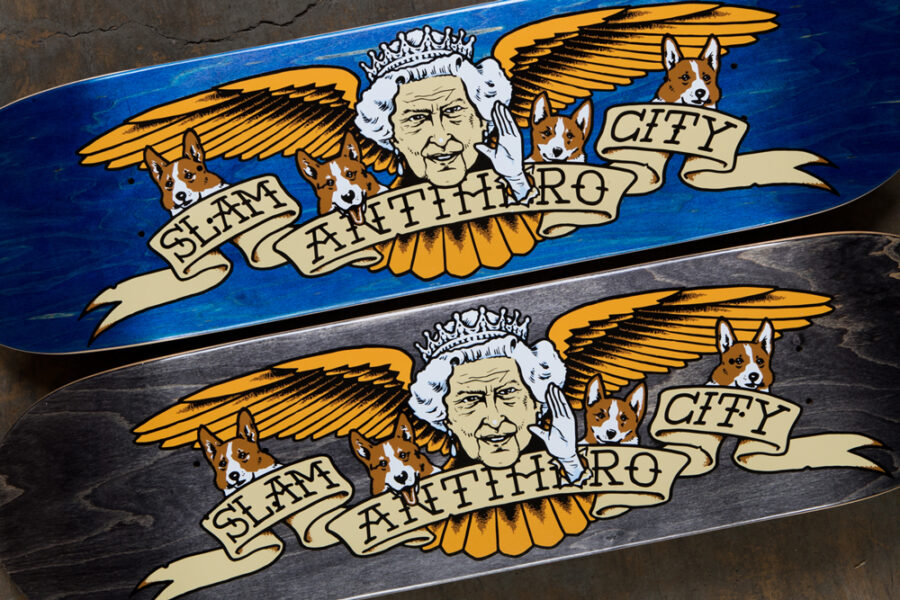 Since Anti-Hero’s inception, we’ve had their boards on the wall with an astronomical amount of ‘Classic Eagles’ running through the till over the years. Therefore, the graphic was quickly settled on as the foundation of our Anti-Hero X Slam City project. Our majesty, Queen Elizabeth, commandeers centre stage in this reworking by Todd Bratrud. Liz’ corgis even joined her for the ride. And Anti-Hero’s Raney Beres took a pitstop trip to sample the collaboration. 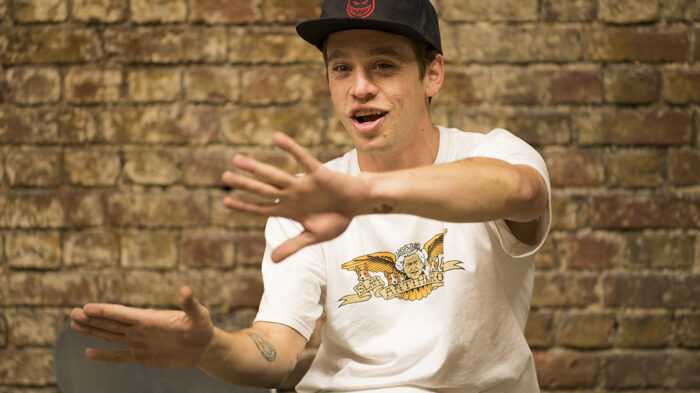 As luck would have it, London was rainy for Raney Beres during his stint in the city. Despite leaving sunny San Francisco and landing into the drizzle, he was excited to make the most of out his time with us.

We sheltered at Waterloo’s House of Vans accompanied by his Anti-Hero team, Div Adams who missioned down from Scotland. Afterwards, we hit up Palace’s Mwadlands skatepark, just days before it was demolished, joined by Slam rider, Blondey McCoy. For the two hours it actually was dry, Raney even got to sample some ancient Crystal Palace crust.

Raney Beres at Mwadlands for Anti-Hero X Slam City. Video by Mark Jackson featuring ‘Are You Around’ by Dead Arm (Permanent Slump Records). 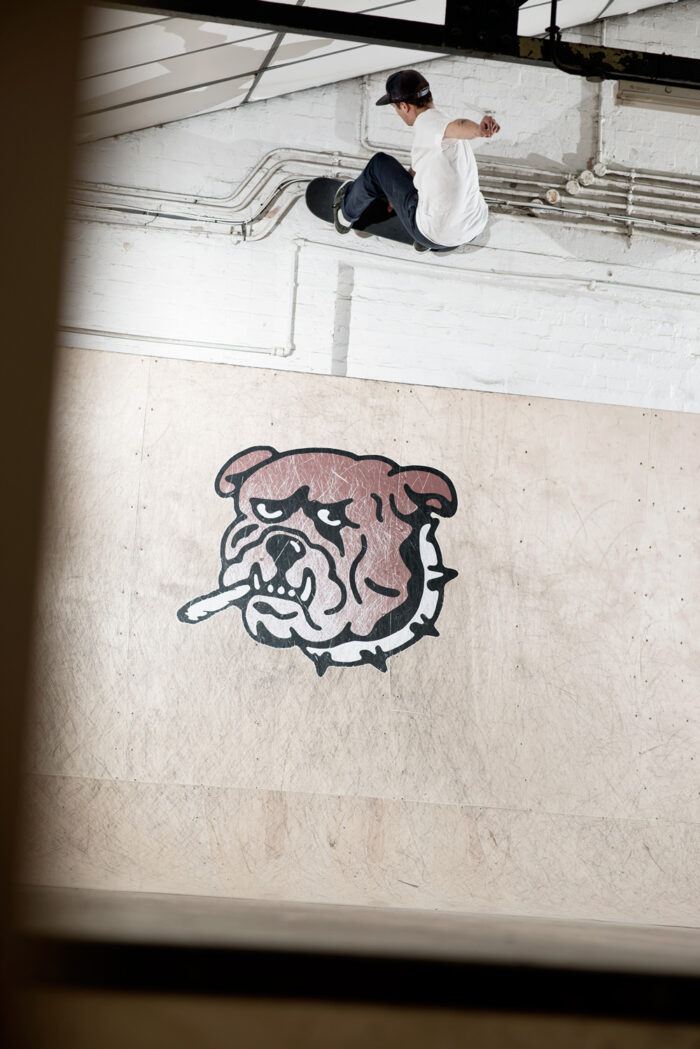 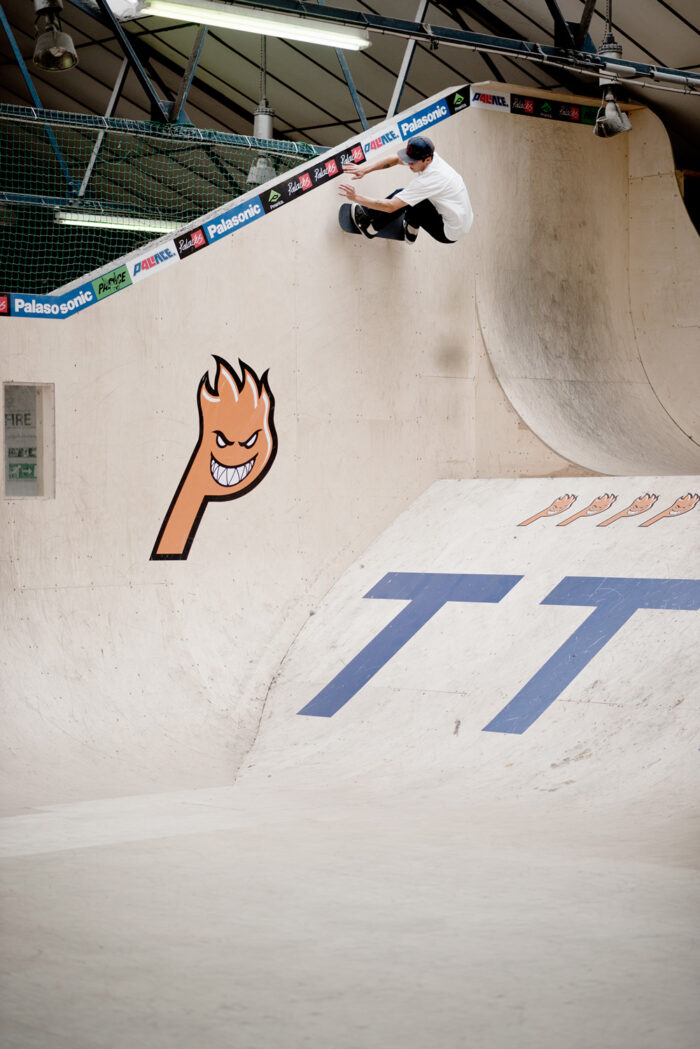 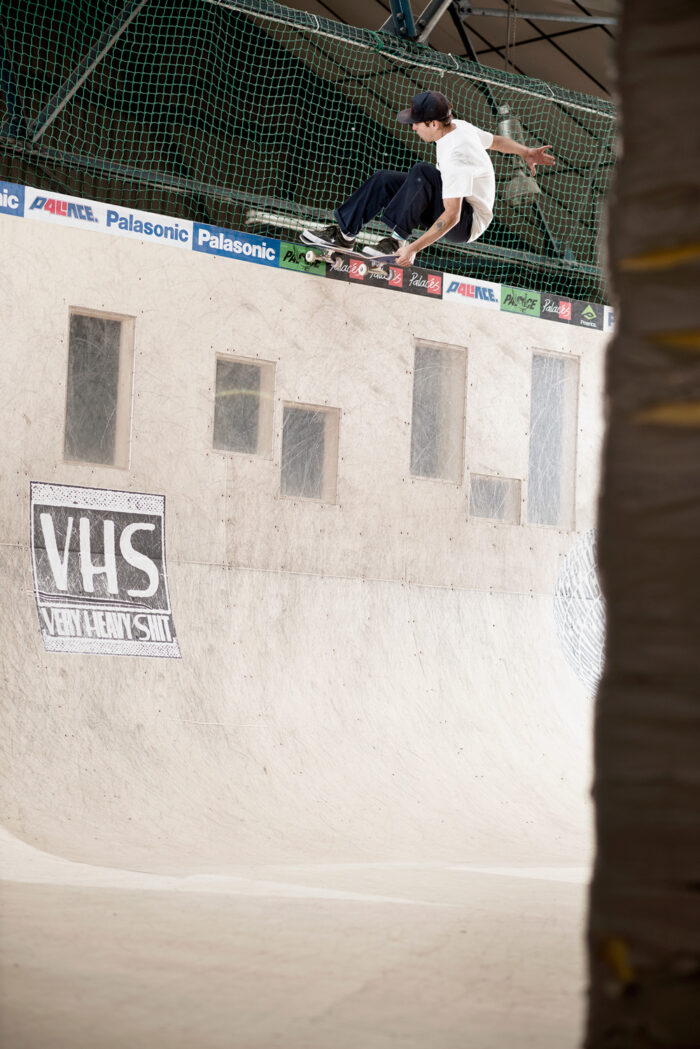 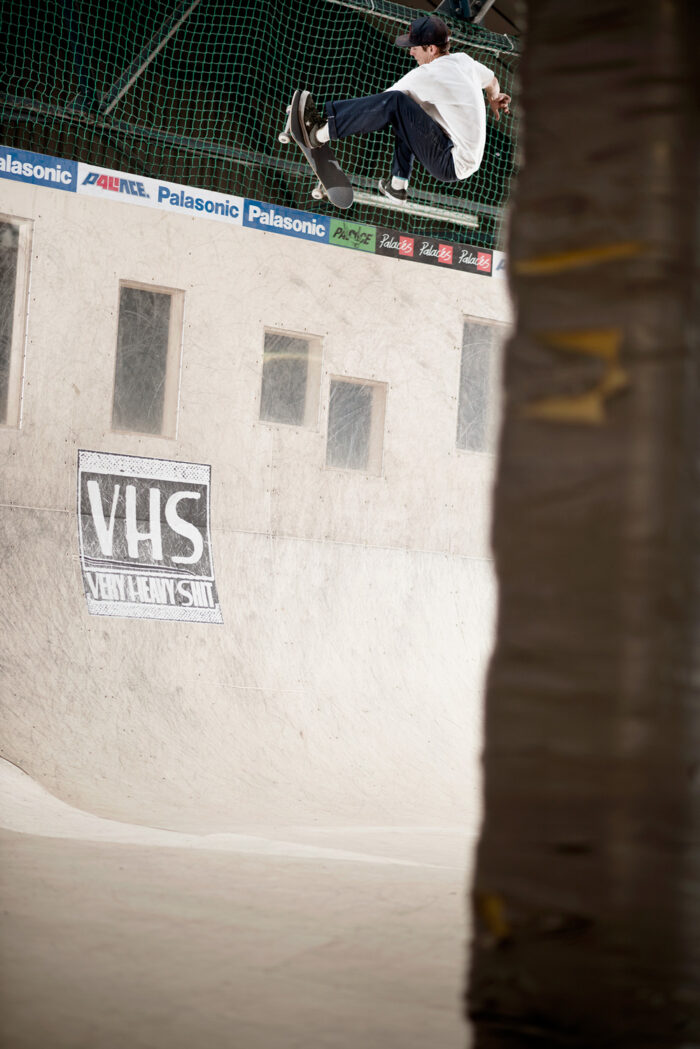 This action ensued thanks to a transatlantic conversation and working with DLX continues to be a pleasure. Our West Coast cousins are keeping skateboarding very much alive and we’ve forever been fans of what they are doing over there. We leapt at the chance to work on this special project as soon as Jim Thiebaud threw it out there, and DLX flying Raney over to mark the occasion was the cherry on top. 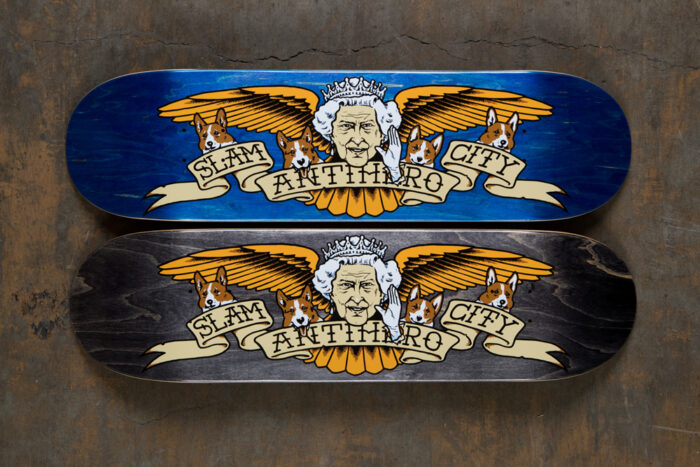 Todd Bratrud’s twist on a timeless classic appears across the Anti-Hero X Slam City collection with two board colourways, a t-shirt and a hoodie. It’s even Frank Gerwer approved. 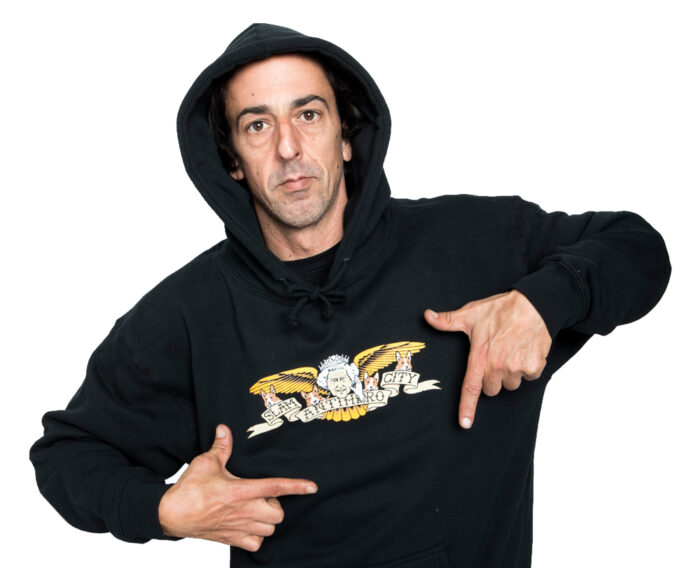 With thanks to Jim Thiebaud, Raney Beres, and everyone at DLX. The Anti-Hero X Slam City collection is available now.