We have teamed up with some good people to introduce a Silas x Slam City Skates capsule for spring/summer 2012. We are stoked to have had the opportunity to co-create clothing with the team over there and bring you these items ready for better weather. 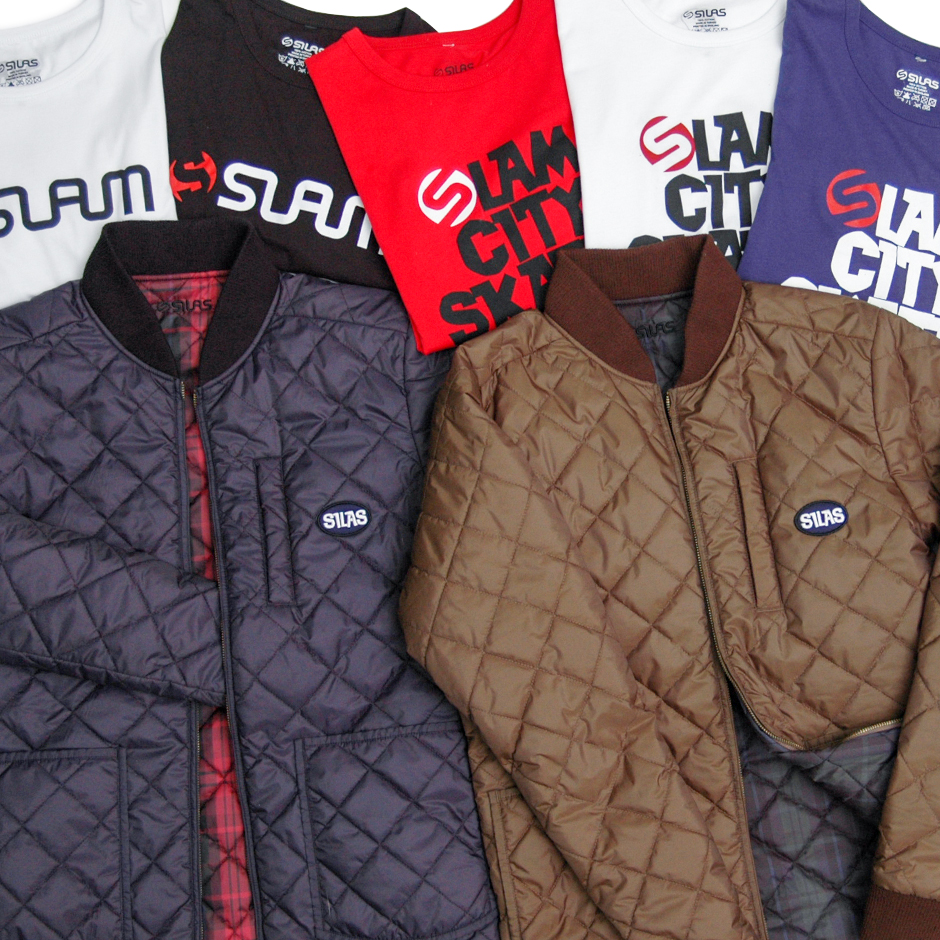 Our collection arrives with all of the new Silas clothing for this season. Skateboarding in the city was at the forefront of our minds when working on the clothing pieces for this collaboration. From a wide range of T-shirts, work shirts for layering, shorts, and the amazing Road Jacket we tried to produce something for everybody. 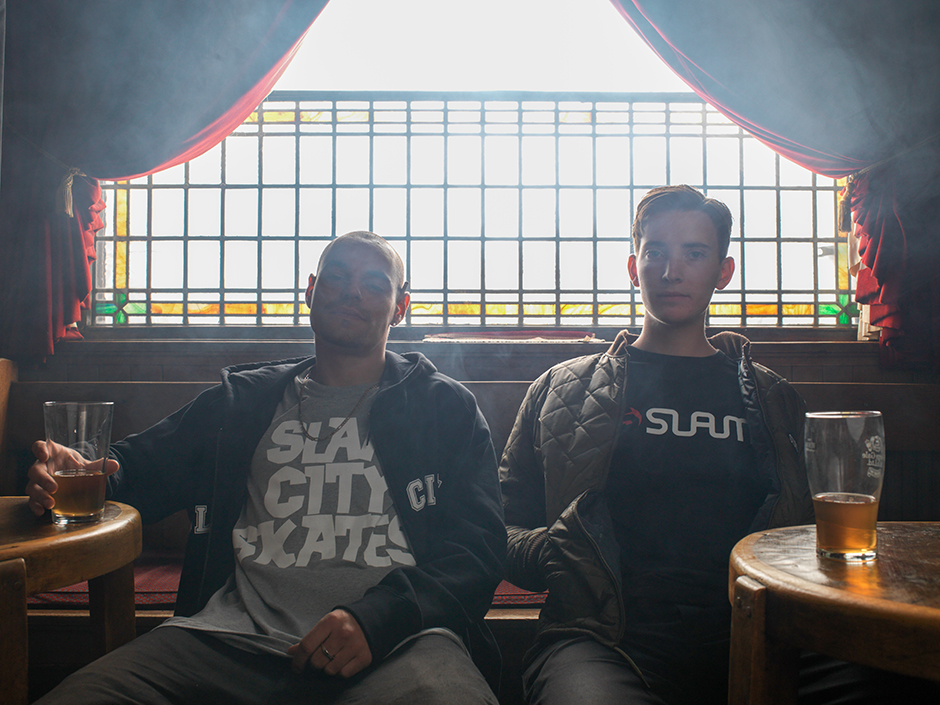 The Road Jacket was a pleasure to work on, we chose to make it in Black and Camouflage. This sturdy piece of outerwear is made up of a heavyweight printed cotton outer which is backed up with a plush poly lining. It is workwear inspired and will be a welcome addition to anyone’s summer kit.

The collar has a belt fastening and brass snap closure buttons are used throughout the pockets and over the zip from the neck to the hem. It’s basically the perfect summer jacket.

All of the T-Shirts are the Silas shape we know and love with a ringer neck and made of 100% premium cotton. The standard T-Shirts feature Silas x Slam City Skates co-branding.

Our Camo Pocket T-Shirt is available in white or navy and features a chest pocket made up of the Silas camouflage which appears on the jacket and the shorts.

The Work Shirt is available in Olive and Navy. This medium-weight overshirt is made of high-quality cotton twill. The button-down chest pockets feature subtle, tonal Slam City Skates embroidery.

Like the jacket, our collaboration shorts are available in Black or Camouflage. The shorts are made up of a medium weight cotton twill and feature button-down hip and rear pockets with a zip fly. Slam x Silas co-branding appears in contrast embroidery above the back pocket. 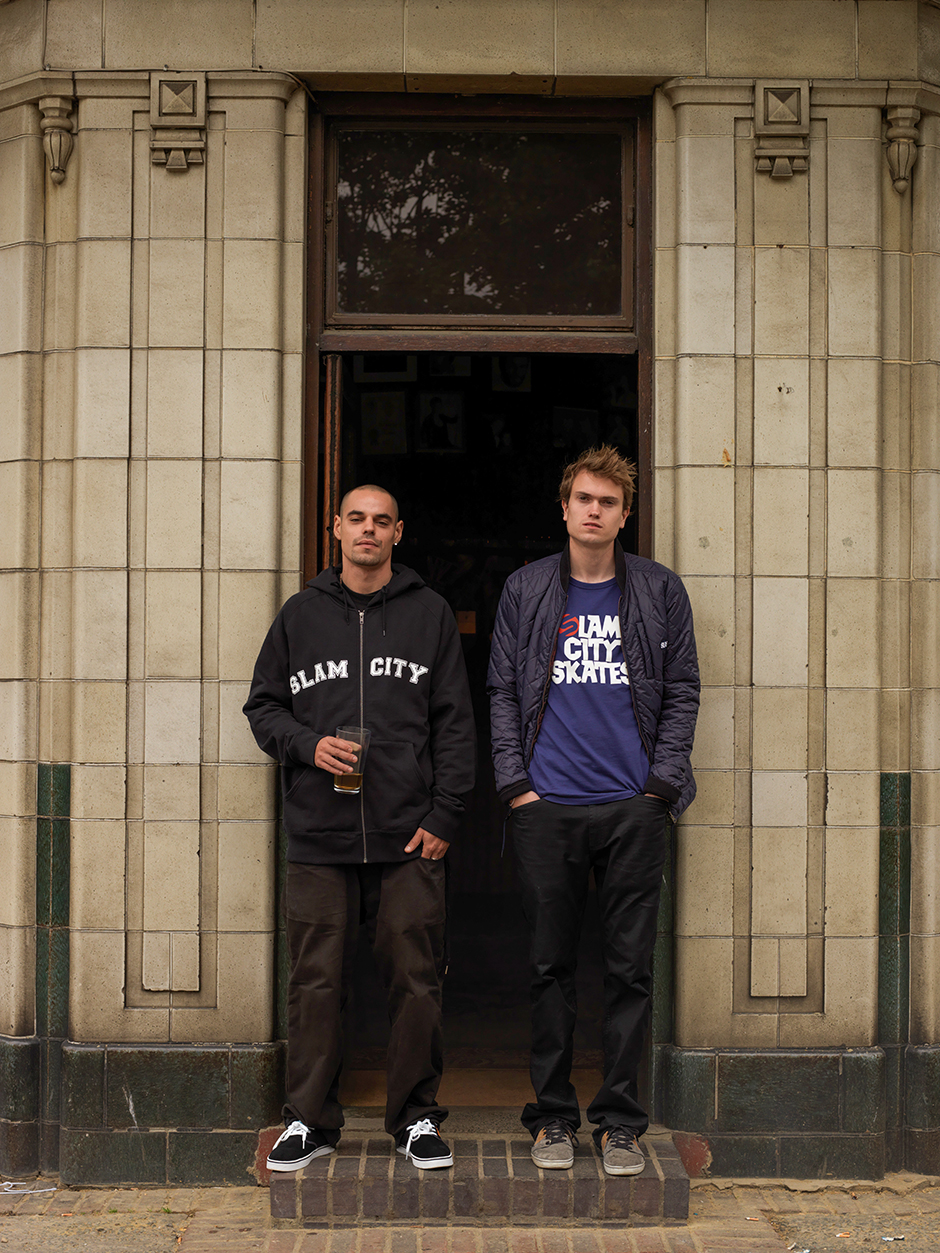