We have just released some exclusive Spitfire x Slam City Skates Formula Fours to mark our 35th year serving the skateboarding community. Here is a good look at the wheels and the video which announced their availability…

The above video features Slam team riders Jeremy Jones, Dougie George and Amanda Perez. It was filmed for us by Sirus F Gahan, capturing the first night those Formula Fours touched down on London streets fresh from San Francisco. Getting to work with DLXSF is always a pleasure and we are elated to have our very own Spitfire wheel in the cabinet again. Spitfire have helped us celebrate previous milestones as a brick and mortar shop, releasing a Spitfire Classic on our 25th anniversary and a previous Formula Four pack when we reached our 30th year. When we first began discussing artwork for the project we knew instantly that we wanted to enlist Slam team rider Jeremy Jones to handle that side of things. We couldn’t be happier with how they look. 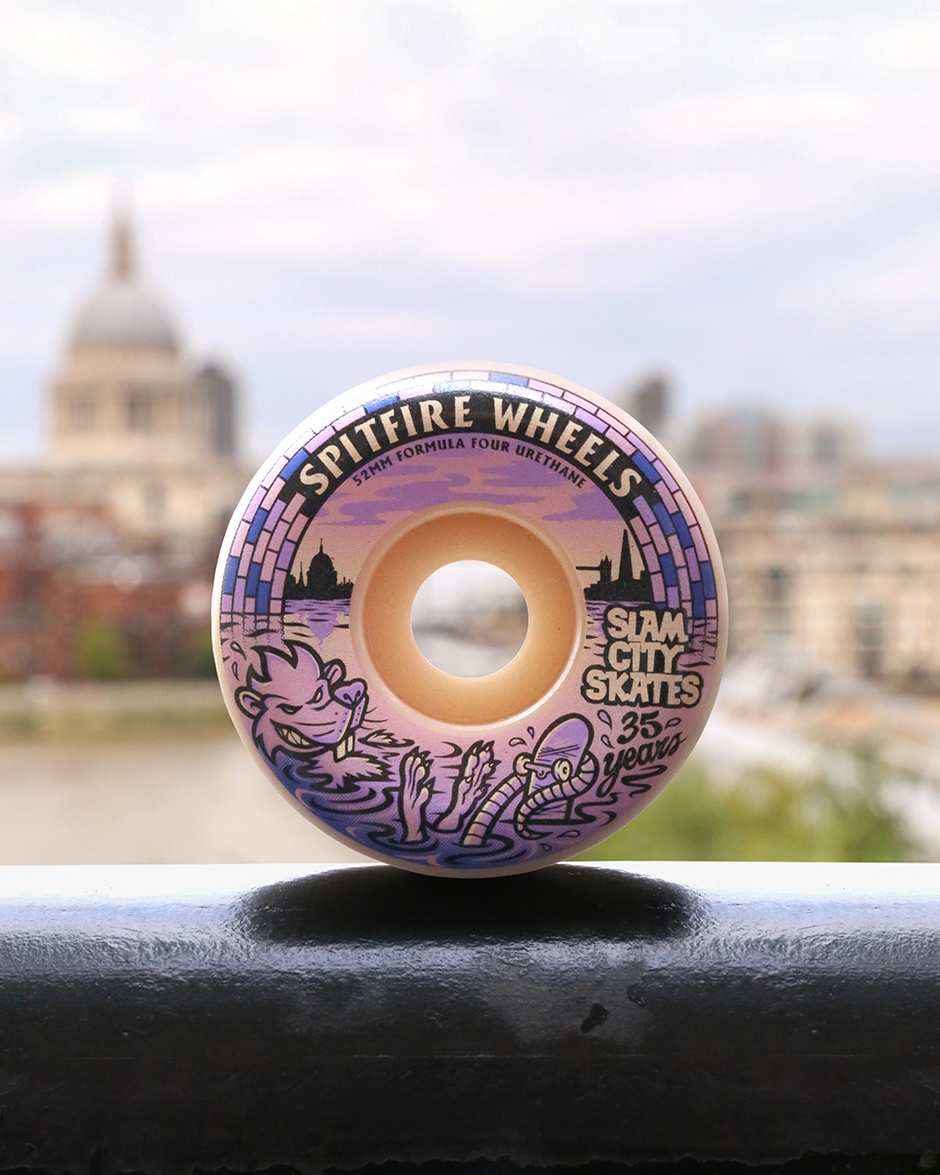 Jeremy’s playful aesthetic and cartoon mastery lent itself perfectly to the task in hand which was to design the wheel graphic while reimagining the Spitfire Bighead. Rat imagery became synonymous with the shop via Rat Signals and later our City Of Rats video. Inspired by this element of Slam’s heritage Jeremy morphed Spitfire’s iconic logo into a rat head. With the addition of tube station tiling, the St Paul’s skyline and our rat cooling off in the Thames, Jeremy managed to fill skateboarding’s smallest canvas with a graphic story we’re proud to bring you in two sizes. We decided to work on a 52mm wheel and a 53mm wheel. Our wheels use Spitfire’s incredible Formula Four urethane in a 99DU hardness and are the Conical shape favoured by many for the added lock factor they offer. 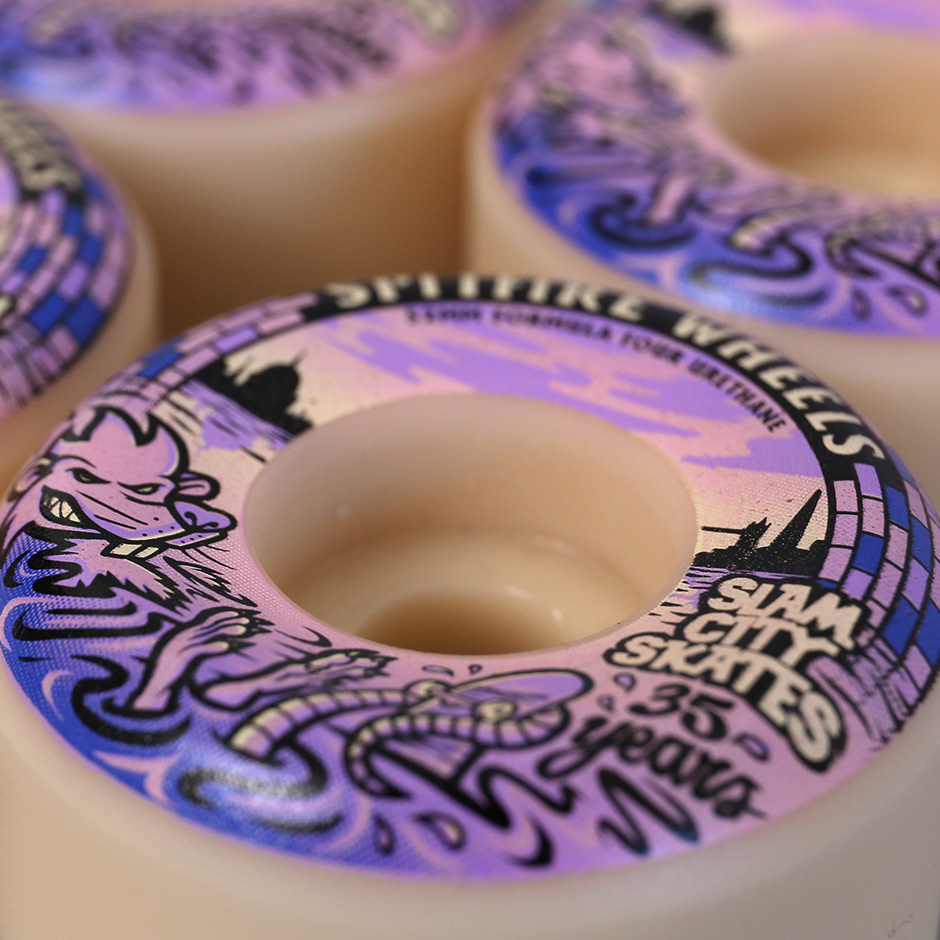 When Spitfire launched their Formula Four urethane compound in 2013 it was a game-changer and staff, team and customers alike were won over. These wheels outlasted their counterparts, coned less, and resisted flat-spotting. They are formulated for a harder, faster ride, offering more speed and control wherever you are with a smooth anti-stick slide you can rely on. The conical shape we opted for has a wider riding surface with a cutaway shape for unmatched control and lasting speed everywhere.

If you haven’t tried out a set of Formula Fours then you need to see what you’re missing and we hope this Spitfire x Slam City Skates 35th anniversary collaboration changes your wheel buying habits for good. If you’re already on board then consider adding this special wheel to your arsenal for the coming year. Each set comes with a sticker immortalising the Slam Rat Flamehead which marks our 35-year milestone. This was something we were as overjoyed to see as the wheels themselves. Shop for our new wheel and more from Spitfire HERE.

Find out more about Spitfire shapes, sizes and compounds in our Spitfire Wheels Buyers Guide.