Our Penfield x Slam City project was a treat to work on. Open up their Messenger bag in you’ll be in for a surprise… 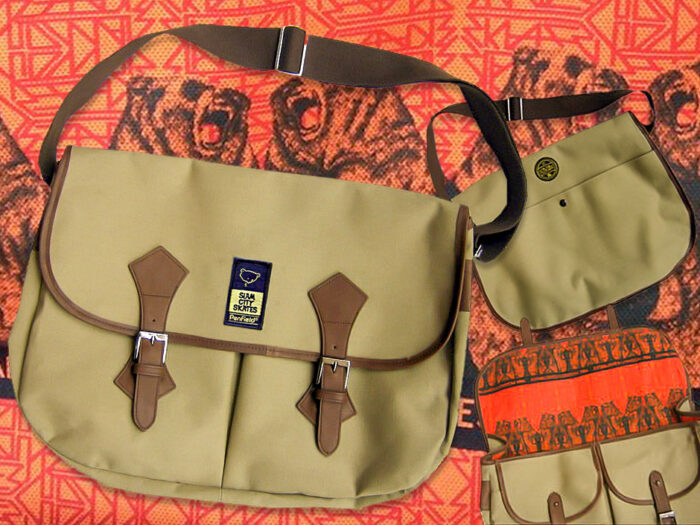 We have been working with Penfield for a good while now, having been fans of the outdoor clothing produced by this long-established company from Massachusetts for a long time.

Some of the hidden gems in each season have always been in the luggage department as Penfield make great bags. This is why when the opportunity to collaborate on something arose, we picked out their Messenger bag and decided to make it functional and understated with a surprise inside. 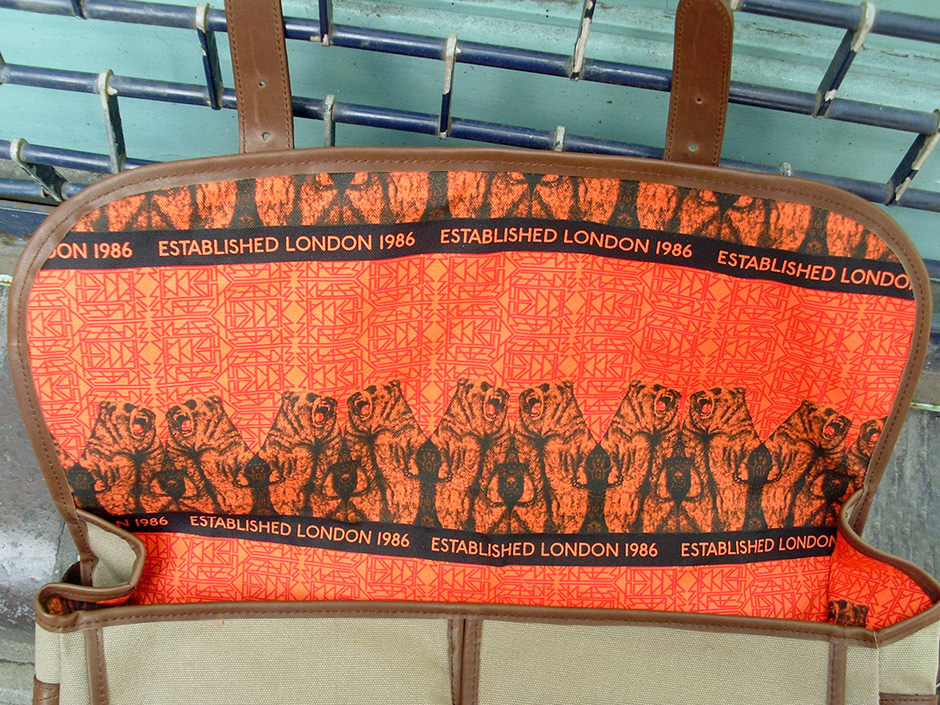 The bag lining is a repeat pattern of Arran Gregory’s popular ‘Bear Safe’ graphic which appeared as a Slam t-shirt recently. This lining appears throughout the spacious main compartment. The back panel of the bag also has another outer compartment sealed by a central brass popper. We are happy we were able to produce this piece of essential kit ready for work, school or a day out skating in the city.