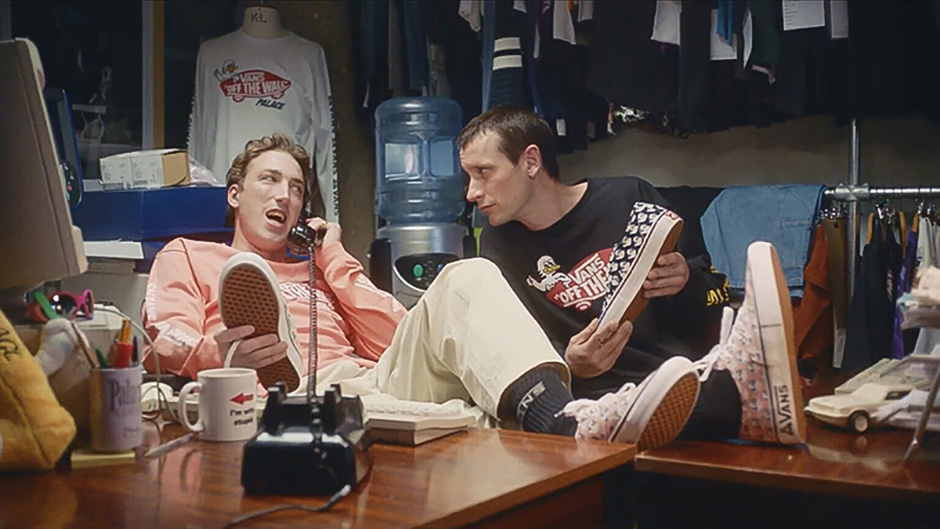 Danny Brady and Palace teammate Rory Milanes on a conference call with Vans.

Danny Brady joined the Slam team only a few years after Nick Jensen when his visits from Blackpool to the Blueprint HQ in Boston Manor morphed into him becoming a London resident.

Brady is another huge part of the UK skateboarding timeline and an integral part of the Slam team and story. His skateboarding continues to refine like wine, consistently putting out the fan favourite parts in Palace videos (of which he organised the trips for through his newfound TM duties).

From bookending Blueprint’s Lost & Found, their years as Lakai’s ‘Royal Family’, to being behind incredible projects for Palace and Isle (on either of the lens). It is so sick to see what Danny and Nick continue to achieve

Danny Brady for the Lakai Salford, 2016