Henry Sanchez is one of skateboarding’s true pioneers. He tirelessly pushed the boundaries of possibility with his technical ability, and his power and approach helped set the standard for how good modern streetskating could look. His part in Pack Of Lies was like a warning shot from the future, forever changing the thing we love. One of Embarcadero’s favourite sons, Henry is cited by so many people skating in the 90s and beyond as a major influence – for very good reasons.

Career changes, life and injury meant that Henry disappeared from the public eye for a while, allowing him time to shift focus, step back and take a breath. And then, just over a year ago, his Instagram began to show an increase in new skate footage. These endlessly-inspiring clips, the results of regular days out skating, just kept getting better and it has been truly amazing to see him reclaiming his power and sharing the process involved. We look forward to seeing more, it’s like Sight Unseen all over again. We are grateful he took some time out of his busy schedule to entertain a few questions for this interview. 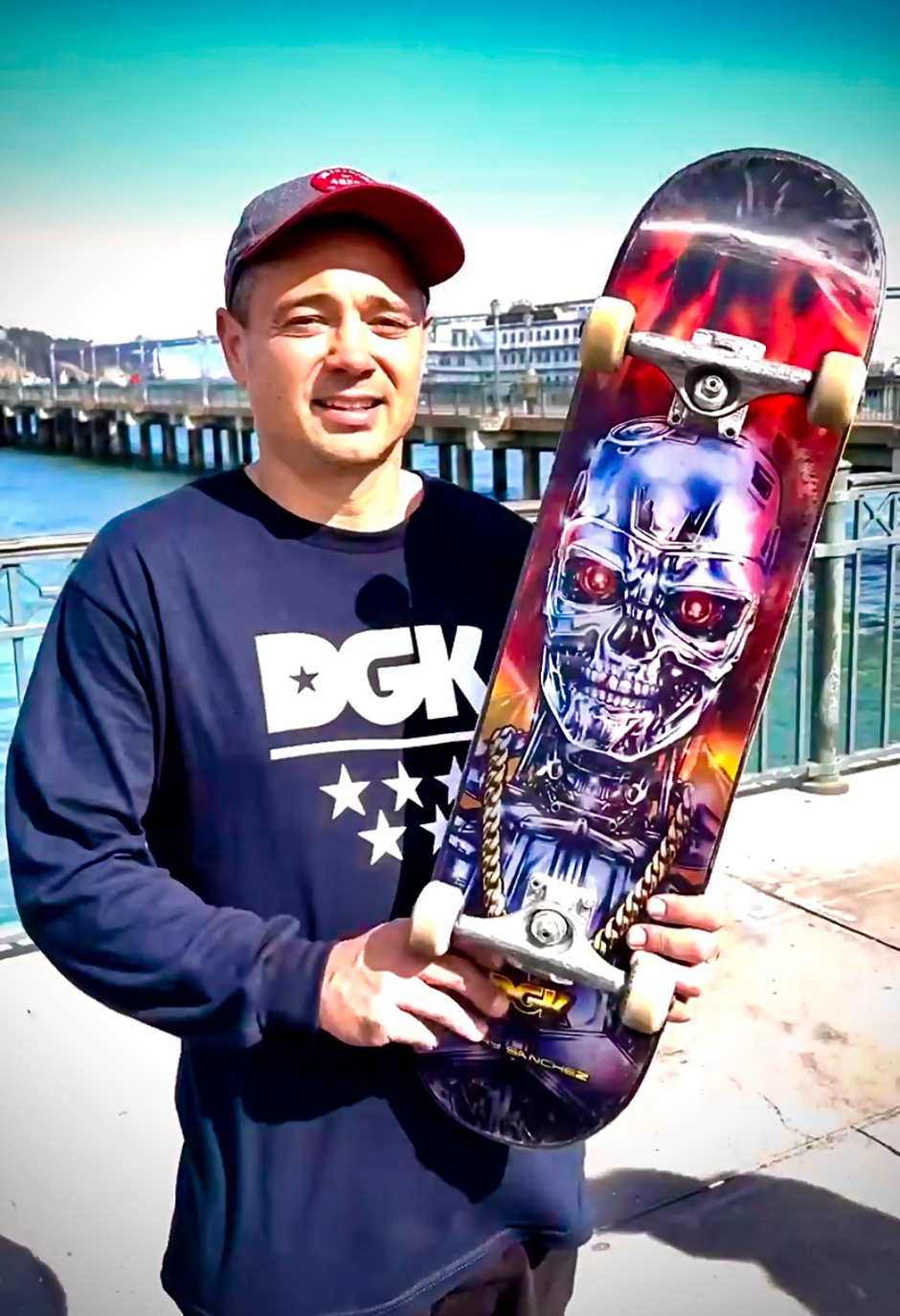 WORDS AND INTERVIEW BY JACOB SAWYER. Henry Sanchez at Pier 7 with his DGK ‘Street Soldier’ board after terminating the liberated manual pad. Shot by Don Cooley for DGK’s Instagram

Kids in my neighborhood were floating off a piece of wood set up on a milk crate. I tried it and loved it but sprained my ankle cause we were landing in grass. As soon as it healed I landed on concrete and was hooked.

It was a Powell Ripper with Thunders and Bones wheels. I got it for Christmas

I think it was Future Primitive. I was amazed and wanted to be a skater and nothing else.

Donald Kelly and our homie James. As far as crew crew it was EMB.

First time you ever visited Embarcadero?

Late 80’s. I was skating Daly City before that.

Steve Ruge. He’d smoke so much pot and always told me to never smoke it. Hahaha.

Spitfire and Thunder. I sent a sponsor me letter with only pics of me skating in my underwear as a joke with a funny letter. I guess they already knew who I was. When they hooked me up I was in shock.

I’d always go to EMB and give the homies blemished wheels cause it felt good to share the stoke and I’d always ask for the defects to give away.

“I sent a sponsor me letter with only pics of me skating in my underwear as a joke with a funny letter…When they hooked me up I was in shock.” 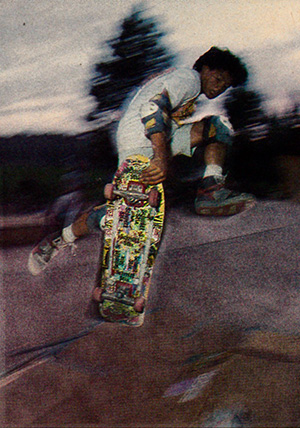 In Thrasher doing a backside 180 ollie airwalk at Visalia skate camp. At the time, I was buying stuff from Don Fish and loved Schmitt Stix and my board was covered with the stickers.

Bryce [Kanights] rode for them so I didn’t even have to kiss his ass to take that pic of me, my board did it for me.

Eastern Exposure. I think it was a big spin or backside flip down the seven.

First trick you saw go down that made you think skateboarding would never be the same afterwards?

I saw a lot of NBDs but Tony Hawk’s 900 was historical.

Real Skateboards. It all happened so fast. I wasn’t even an am on Real. I definitely felt a bad vibe from the generation before but I had so much footage that there was nothing they could do to stop it. It was inevitable.

An OG pro even wrote an article about how turning me pro was bad for skating. Yeah, let’s halt progression for a guy that never really pitched in. Hahaha.

First phone number still logged in your memory banks you would call from a payphone if we were transported back to the early nineties?

I had a bad concussion. I can’t recall stuff like that.

Nevada as an am.

The Pier or EMB. 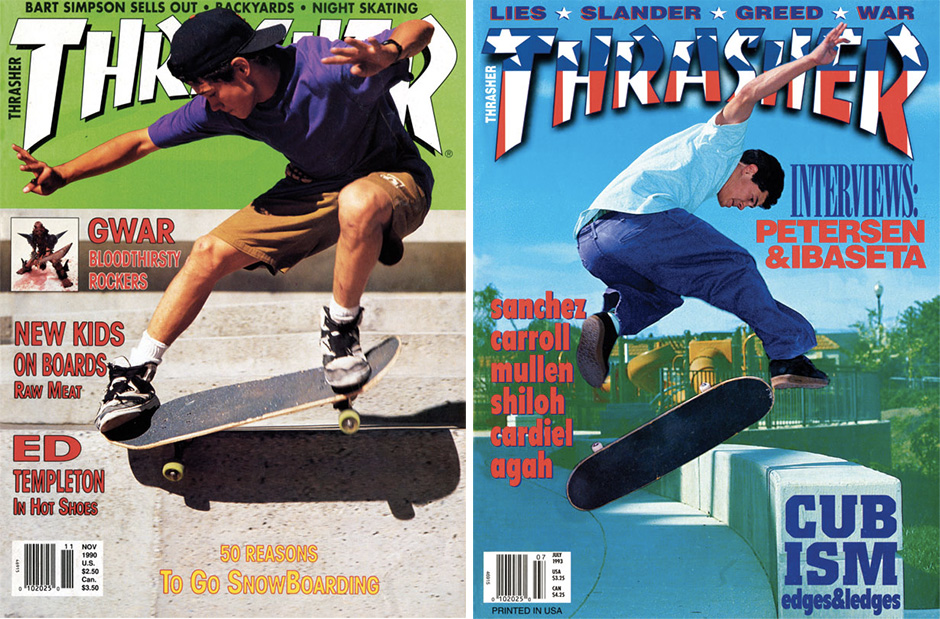 Last thing you implemented that has helped you continue to skate?

Working out at the gym. I’m a jock now.

A couple of lines at Rosa Parks. It’s up and down but steady progressing.

I learned to ollie over higher stuff. I’m pretty stoked to say the highest thing I ollied was at the age of 46. Child’s play for these kids nowadays.

Everything. But I’m battling a trick at The Pier and it’s the reason why I’m working out. It’s nothing special but I will get it.

Batman at the Drive-ins.

Between work, skating, working out, and being a father, I just don’t have much downtime for that. My therapist has recommended some good ones though but I need the audio version.

“I’m pretty stoked to say the highest thing I ollied was at the age of 46.”

Kangen Water Ionizer. It’s a life changer and will not only change your health but also your mental clarity, and I need the few brain cells I have left.

Last thing you saw which blew you away?

Last person from the Embarcadero days you saw?

I met up with Chico [Brenes] at The Pier and we did a board swap, kind of like how NBA players do jersey swaps. It was great seeing him.

Every day I’m alive and healthy.

Last thing skateboarding brought to the table you think the world needs more of these days?

Unity. It’s so good to see people open up in this safe haven when you get the feeling that it may be one of the very few places where people who are different can be themselves without fear of ridicule. It’s beautiful. Society can learn from it for sure.

Watching Henry Sanchez regaining his mastery has been a beautiful thing. Frontside 5-0 to frontside noseslide with the power and finesse he has always been famous for. Filmed by: Izak Diaz

Huge thanks to Henry for taking time out of his schedule to answer these questions. Be sure to follow him on Instagram to enjoy the inspiration which sparked our conversation. Thanks also to Science Vs Life for the scan of Henry’s first magazine appearance.

Previously by Jacob Sawyer: Paul Shier Interview: It was, and continues to be, so challenging and rewarding”, Daewon Song Interview: “It’s never too late to progress and never too late to come back when you think that’s it”, Benjamin Deberdt: London / Paris / New York, LIGHTBOX: Karl Watson by Mike Blabac, Catch Up with Pontus Alv, Ode To Victoria Benches with Dan Magee, Nick Jensen and Toby Shuall.