Sebo Walker talks quarantine with Mackenzie Eisenhour. Sebo shares his experiences from the other side of the pond… 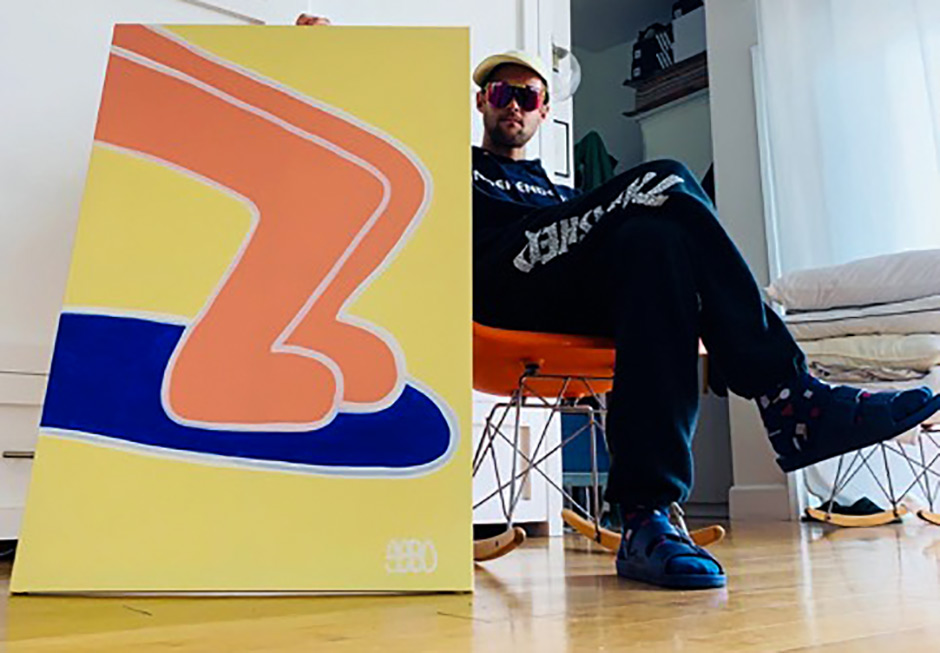 Sebo and I had agreed to do an interview covering his new skate camp project for the Slam site a few weeks back mid-skate sesh at Stoner. Back in those days, everything was normal. In the weeks since, obviously everything has changed. Last Thursday, the Governor of California ordered all 40 million residents to stay home while the City of LA also banned all public gatherings in an attempt to ‘Flatten the curve’ of the initial COVID-19 infection wave. To see how my fellow Stoner brethren was coping with it all, I called up Sebo on day 10 of Quarantine.

Hey Sebo, how are you coping?

Yeah, it’s a very interesting time to navigate. It’s something that we haven’t really ever dealt with on this scale. I’m trying to be smart and obviously staying home now, taking precautions, practicing social distancing and all that. But the skate rat in me is kind of going crazy.

The world is closed. Security guards are off work. Right now I could skate everything that I could normally never skate. But my wife is helping keep me informed and smart about everything.

This has been a rapidly developing situation, changing day-to-day. But last Thursday, California ordered all 40 million residents to stay home while the City of LA banned all public gatherings. There are some exceptions; groceries, medical appointments, and then you are allowed to “Take a walk, ride your bike and be in nature for exercise — just keep at least six feet between you and others in the community”. So pushing around alone is allowed to some degree.

Did you jump the fence to skate Stoner?

I did. That was the night right before the Governor’s proclamation. It had been raining for four days and that’s my night off from dad life. It was empty. I couldn’t resist. I got kicked out after like a minute.

I had gone there like five days earlier and a bunch of cops showed up and kicked everybody out. 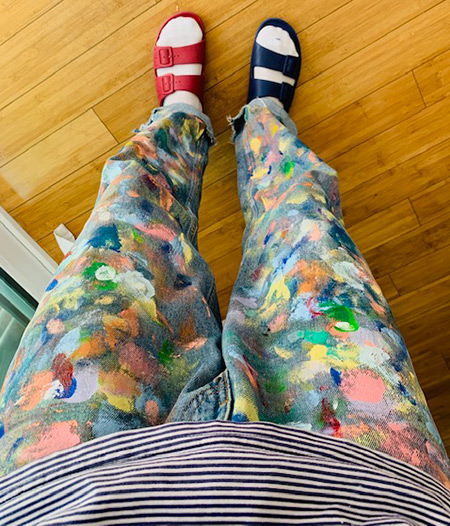 Yeah, it changed very quickly right after that. I’ve stayed home since.

Yeah, it really kicked up a notch about a week ago. Before that, I had already been inside for four days with a cold so I really wanted to get out. Everywhere in LA was quiet – so ideal. I went street skating that day and skated some schoolyards. Went home and thought I was done for the day until seeing some Tom Penny footage skating a miniramp. I got so stoked and got a second wind and went out to skate Venice for the sunset.

That Penny 411 Europe miniramp line is the best.

It’s just insane. I watched that on my phone and I had to go back out. I skate down to the Venice park. Venice definitely acts like nothing has happened. Everyone is drinking, smoking, laughing and there’s music playing and the rollerskaters are dancing. It’s finally empty now, but for a second there was this weird split in reality.

I felt guilty even after I posted the photo of Stoner on my Instagram. Was my post basically telling people to go skate? Do you feel like we have some responsibility on that front now?

Totally, definitely thinking more on anything I put out right now. I do think it’s smart to share awareness, especially if you have a large platform or following.

Would you urge people to stay home now or skate alone and maintain distance?

I would advise everybody to do exactly what the experts are telling us to do—just stay home. I think it’s fine to go out on your own and keep a safe distance, especially when you need essentials, but we all really just have to stay home, wash our hands, get rest, and drink water. Even as much as I want to go out and skate, I’m not going to risk it.

That would just be ignorant at this point. Like, “I’m going out skating and I don’t care about anyone else”.

Just “Forget you, I’m gonna get mine!”

Yeah, I personally really dislike when people take that tone on things. But I think it’s about finding that fine line between not being too preachy and still letting everybody make their own choices as best they can. 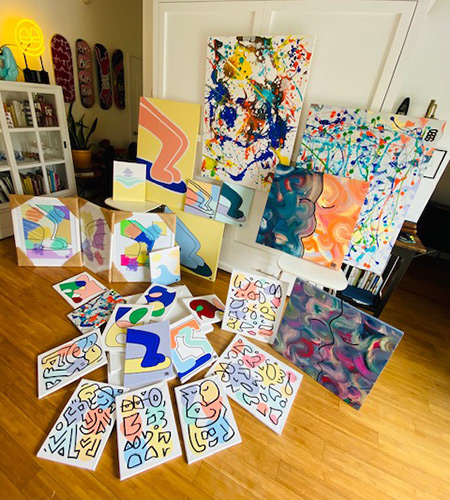 What does your daily routine look like in quarantine?

I’ve been trying to watch more documentaries. Picking up some books and reading more. I’ve probably painted as many canvasses as I can fit in my apartment. My wife and I have just been taking this time to hangout, read, play cards, do home workouts—just the basics, it’s been really nice.

I did want to ask—As a pro skater, this is pretty unprecedented as well; have your sponsors spoken to you about keeping you paid even if you cannot skate?

I feel lucky being pro for Krooked Skateboards and having Deluxe behind them. The community supports the skate company and then the skate company returns the favor. I only have a few sponsors that support me financially and so far that is still solid. I have a couple of parts that are almost finished, but I am putting those on pause right now.

It might be more of an issue in a few months.

Yeah, definitely. I am hoping that people still buy boards and support local skateshops as much as they can right now. The skate community really supports itself to some degree. It’s really cool to see actually, especially in a time like this.

I am hoping that people still buy boards and support local skateshops as much as they can right now. The skate community really supports itself to some degree. It’s really cool to see actually, especially in a time like this

I assume your skate camp (Dream Big) is on hold. That was sort of the reason we were supposed to do this interview.

Yeah. Like a lot of companies or projects, it’s hard to pause, but my partner and I want to use this time to try and reflect and figure out ways to make the camp better. We can still work on stuff on the side and when the time is right we can come back to it, but right now we are just using this time to improve on what we are already doing.

I would say for you—who has your artwork, your skate camp, and all these outside interests you are probably well suited now, when something like this happens.

Definitely. I like to have all that moving at the same time. I thrive when I have a lot of projects going at once. There are a few murals that have been put on hold and the camp is put on hold, but I’m still able to work on building my website, still able to paint, and like I said spending time with my wife trying to figure out things to do to help the world, small or large.

We’re all in the same boat.

Yeah, some of it is for the positive. Even from something that is overwhelmingly a negative thing like this virus—learning to be patient and just taking a break. I think it’s good for our society on some levels.

Even from something that is overwhelmingly a negative thing like this virus—learning to be patient and just taking a break. I think it’s good for our society on some levels

There hasn’t been a break in a long time. We’ve all been so busy.

I was listening to an interview on NPR, they were talking about our society and how we behave nowadays. How we have a soft focus on a million things at once, almost constantly. That resonated with me. I find myself at times wanting to sit down and read a book or something but then I think, “Oh, I should post this, or I should mention this to somebody, or look at my notes…” just constantly like a hamster on a wheel.

So it’s kind of nice just to take a step back and focus on some basics. Do a little exercise; take a little time to relax. It feels good. My body is also able to fully heal. This is the least scabs and least soreness I’ve ever had! It was funny though because I went out skating yesterday alone and after a week of not skating, my muscles were like, “Whoa”. Because usually I skate like six hours a day.

I do hope we can get back to that at some point. In the meantime, let’s all stay safe. Thanks to all the doctors/medical workers, delivery guys & grocery store employees. They are the champions right now.

Sending love to all in this difficult time. Stay inside as much as possible, wash your hands, enjoy the simple things—watch old skate footage, read books, listen to podcasts, study old skate mags, make art. Keep your distance and follow guidelines if you do go out and let’s all make it through this together as best we can.