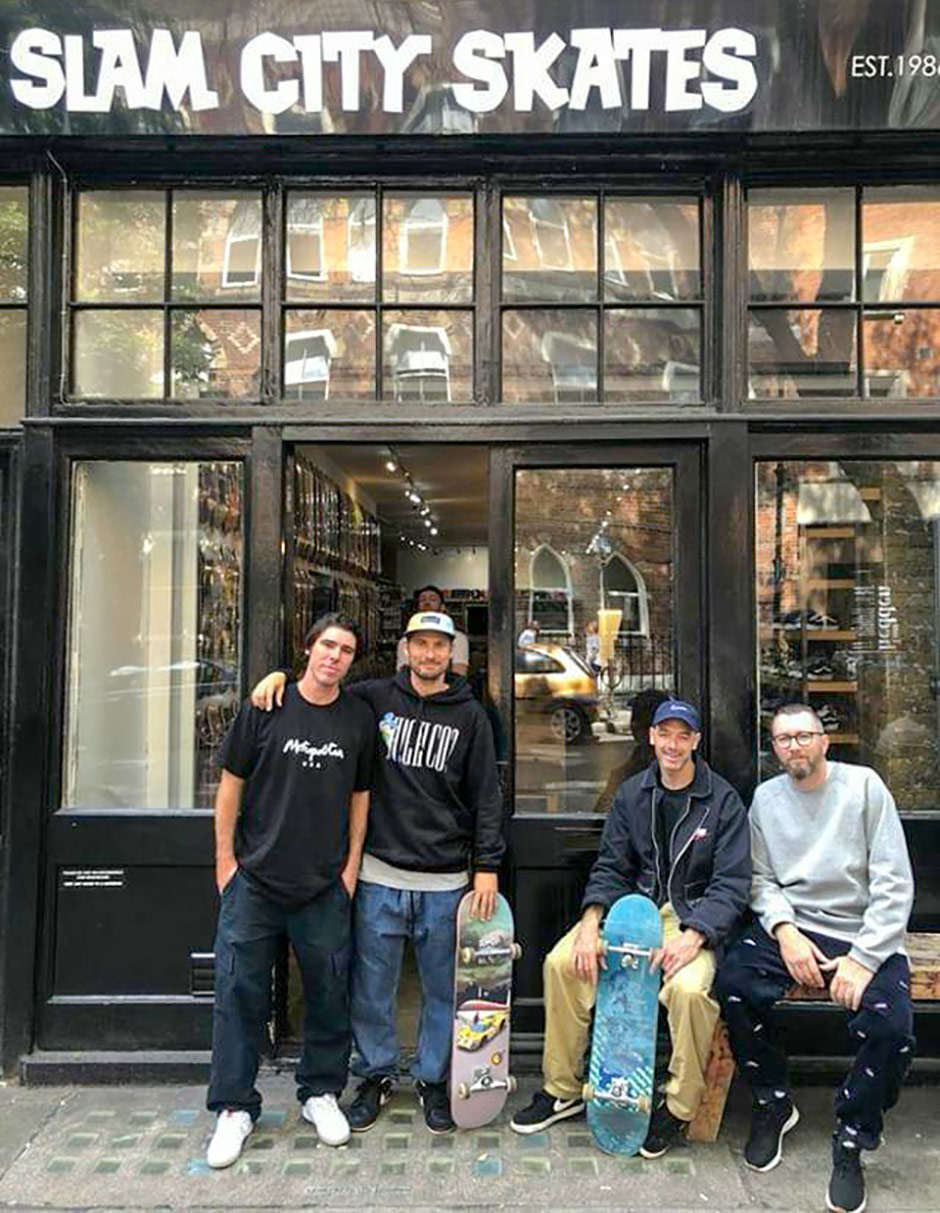 We were stoked to receive a surprise visit from Kelly Hart when he was in town. We are big fans of everything he does for skateboarding, including improving our lives weekly with our favourite podcast. We were lucky enough to catch up with him in this quickfire interview about judging at SLS…

Are you hyped to be in London?

Hell yea I am. I’ve always loved watching footage of London in videos and the skaters that have came from here. Love the culture too.

Who are you excited to see skate this weekend?

It’s always great to see everyone get together and do their thing. Tiago, Mark Suciu, Leticia, Alexis Sablone, Nyjah and Shane O’neill always impress me in practice. It’s crazy to see everyone do their tricks in person.

What’s the craziest thing you’ve ever seen at Street League?

One of the craziest tricks I’ve seen go down with Luan’s switch bigspin heelflip at the LA stop in 2015. He did it on the last trick in the contest to win it. The crowd went wild.

Also seeing Leticia go for the win on the gap to lipslide in LA at the SLS championships. She slammed really hard but she almost had it. She’s a champ and it’s awesome to see her pushing the limits.

If you could drop anyone into this contest from any time in history who would it be?

Would be incredible just to watch some of my favourite skaters just skate the course and have fun. Brian Wenning, Gino Iannucci, Josh Kalis, Ave, PJ Ladd, Carroll… the list goes on!

Honestly every 9 Club moment is pretty amazing. Any trick done in the 9 range is incredible. Watching Nyjah 360 Flip lip the huge bump to flatbar in Rio earlier this year was insane. I heard afterwords that he hadn’t done that trick in a couple years and somehow pulled that one first try. All the guys in the finals were killing it on that rail. That thing was no joke.

Every moment is amazing. Getting to hang with all the legends and talk skateboarding is incredible. But I will say Brian Wenning giving me one of his first pro model boards from his first pro box back when Photosynthesis came out is up there.

What’s the best thing about judging one of these things?

One of best things is getting to travel the world with your friends and watching some of the best skateboarding in the world go down.

What’s the hardest thing about judging one of these things?

I personally love everything about it. I guess it’s pretty interesting to talk to the skaters or anyone when they question a score afterwards. But then we explain why and they understand.

Hardest call you ever had to make?

I honestly can’t think of one that stands out. Sometimes certain tricks just take longer to analyse cause maybe the angle we have is tough to see every detail of how the trick was done. But I’m glad we monitors giving us different angles of the trick. That helps a ton!

What was the highlight of Nyjahs winning performance?

I think watching him doing the nollie heel back tail down the rail was incredible. Doing that trick on a rail is ridiculous. Especially on command like that…

Thanks to Kelly for taking the time to answer these questions. If somehow you aren’t tuning into The Nine Club change that now and enhance your life.