DIY Culture as Anarchism In Action 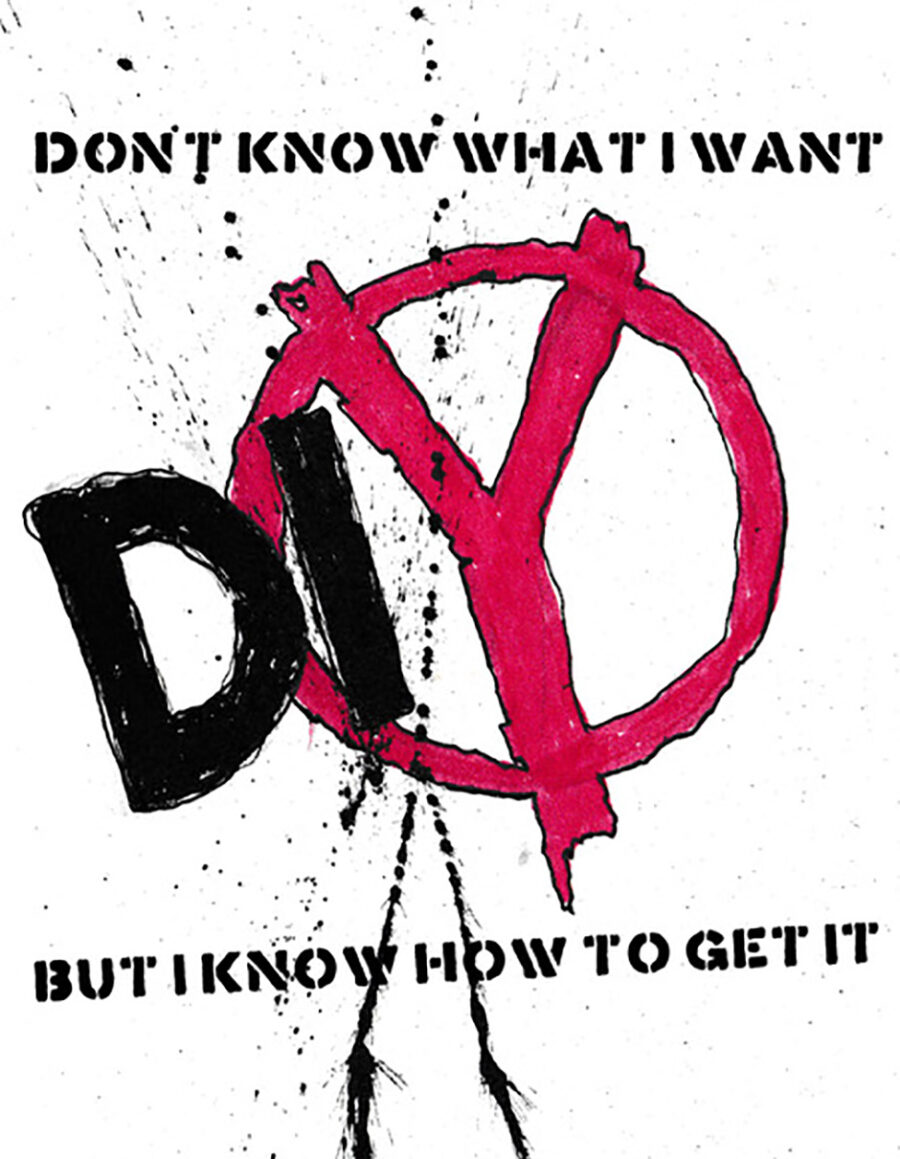 “The city is an irresistible magnet. For the young in small towns and villages where nothing ever happens, it pulls with the promise of variety and excitement. It draws those who chafe against the daily round and common task, those who feel that they can no longer stand Mum and Dad and the constraints they represent, those who know that back there in Deadsville there are going to be no jobs and no prospects, that nothing is ever going to happen.” – Colin Ward, ‘The Child In The City’ (1978)

As a kid growing up in a rural Yorkshire village during the 1970s and early 80s, I was desperate to get out. It wasn’t so much ‘deadsville’ that drove me away, but the promise of variety and excitement as I hitch-hiked my way to the next New Model Army gig and the adventures beyond. Through music, odd-jobbing as a roadie, merch vendor and general ligger, I stumbled through my twenties with no particular aim in life other than to explore the excitement that lay outside the tiny village where I grew up. I travelled and lived abroad, learned languages and lingered long in a world where I made it up as I went along. I was my own boss. But like many others (and I’m not entirely sure how) I ended up with a ‘proper job’. A suit and a commute, and somehow, the lights went out.

Thankfully, at more or less the same time, another light came on – family and children and all the joys it brings. It made the suit and commute bearable, and of course the money came in handy too. But before I knew it, a decade had gone by and despite the pleasures of family life (it’s obviously not all a bed of roses) I missed that creative streak, the make it up as you go along, the do-it-yourself.

Then redundancy hit me like a ton of bricks. But a pay-off and a foot up my arse was exactly what I needed to kick my creative mojo into action having lay dormant for way too long. I started writing, making it up again as I went along. My son introduced me to skateboarding at an age when most dads are looking to take things a bit easier. I will be forever indebted. For me, skateboarding has fuelled the creative DIY flame that re-erupted the day I burned my suit.

The community I’ve found through skateboarding is, in many ways, akin to visiting a new city for the first time. It’s exciting; an irresistible magnet drawing me closer, attracting similar minds and never ceasing to amaze me in in its diversity. And at the heart of this community lies the notion of “do-it-yourself”. From zine-making, screen printing, painting and podcasting to film, photography and performance, skaters are enmeshed in a world of DIY. In Skateboarding And The City, Iain Borden talks of an in-built “ethos of self-reliance, inventive adaptation and unscripted adventure, which even stretches to the fabrication of ridable concrete.”

There is no bureaucracy. A range of skills and experience are brought together and compliment the group, no one person is ‘in charge’.

I first heard about DIY skateparks in conversation with Yorkshire legend, skater and musician, Serious Sam Barrett. Sam talked about New Bird, Needleside and the Dust Bowl and a host of other DIY spots, the majority of which have fallen prey to the avarice of the urban developer, crushed in the jaws of Mammon. It became clear that not only do skaters adapt and learn to ride the physical environment around them, but they also create and shape the environments they operate in. DIY spots are often short-lived but have a lasting impact. The transferable skills that people bring to a build, as well as lessons learned in construction, enable them to find other like minds and build another. The way in which people come together and work together on a DIY build fascinates me. It’s nothing short of anarchy in action as described by architect, Colin Ward:

Whilst DIY builders may not necessarily wish to transform all kinds of human organisation into voluntary association, the way in which they organise themselves – voluntary, functional, temporary and in small number sits well with Ward’s anarchist theory of organisation. Voluntary, preserving individual freedom to come and go and participate or not, as one pleases. The small, functional and temporary nature of a DIY build crew ensures that hierarchies and organisational bodies don’t have time to set-in, focus is on the work that needs doing rather than determining and defining the structure of the group. There is no bureaucracy. A range of skills and experience are brought together and compliment the group, no one person is ‘in charge’. 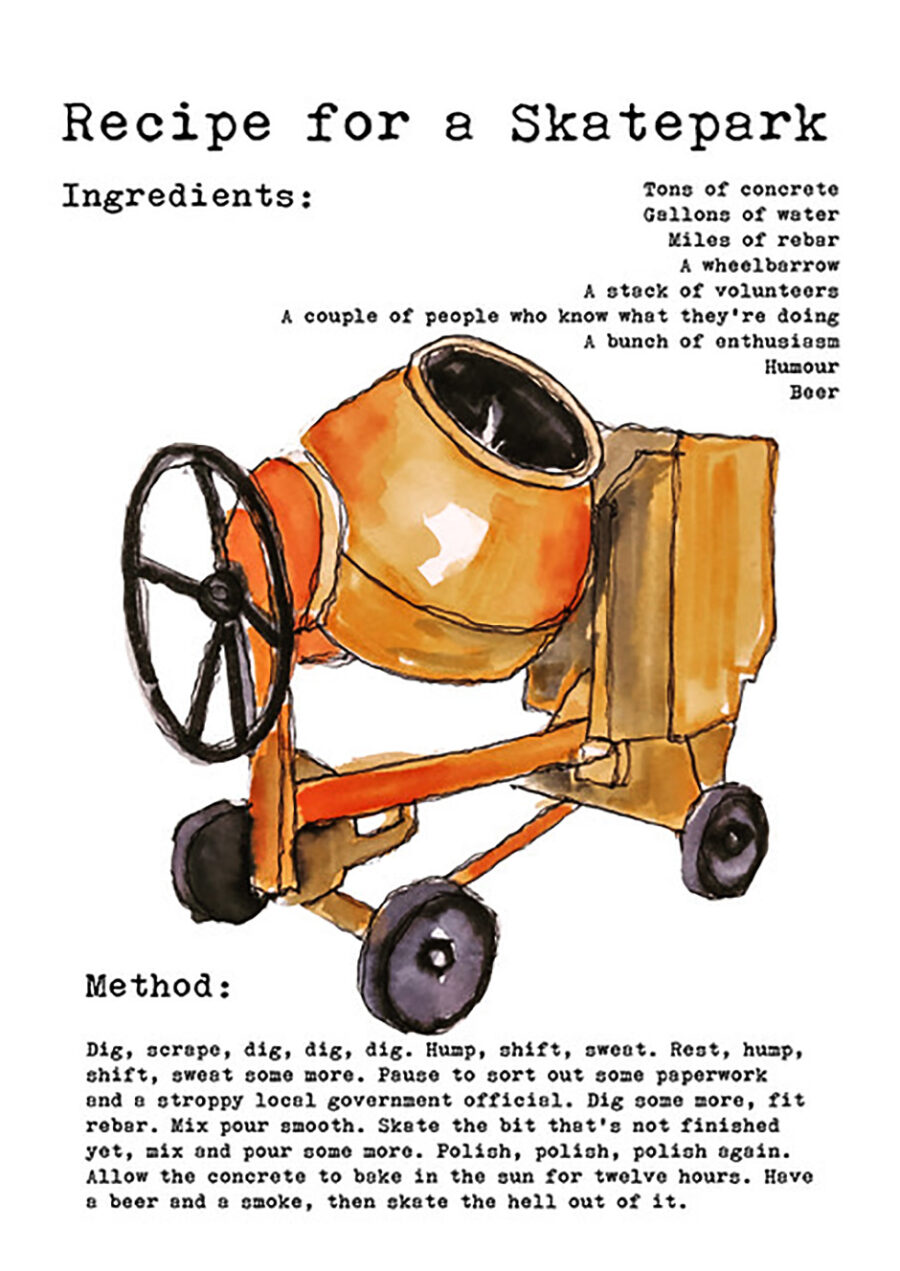 With the recent growth in popularity of skateboarding, to some extent fuelled by its proposed inclusion as an olympic sport, the number of ‘official’ (municipally sanctioned) skateparks is on the increase. There are currently upward of twenty five skatepark construction companies in the UK alone, but DIY spots continue to erupt, anarchistic in their defiance of authority and spreading like a rash across the face of capitalist endeavour.

“Anarchy” clearly has market appeal, it helped launch the Sex Pistols onto an international stage.  The ‘A’ in a circle emblem can be found splashed across t-shirts, pin badges and merchandise the world over, but such ventures appear to have little to do with a specific political ideology and more to do with earning ‘cash from chaos’. DIY skatepark building on the other hand is entirely the opposite, it costs money to build and maintain a DIY, there is little to be made out of it. The anarchist skatepark, Skatopia, in Ohio offers a fine example as it relies on donations to keep the place open.

In a society where land comes at a premium and is largely earmarked for development by speculative entrepreneurs, cash-strapped local authorities will often bow to the power of the developer in the hope of catching a few crumbs by way of a Unilateral Undertaking or a Section 106 Agreement obliging the developer to ‘give something back’ to the city. Many DIY spots exist in this ‘hinterland’, on waste ground or pockets of land, suspended in time, awaiting a decision from the local planning authority. The arrival of skaters with barrow-loads of a can-do attitude, sand, cement, shovels, ressies, and a couple of cases of beer, breathes necessary life, into these otherwise empty spaces. 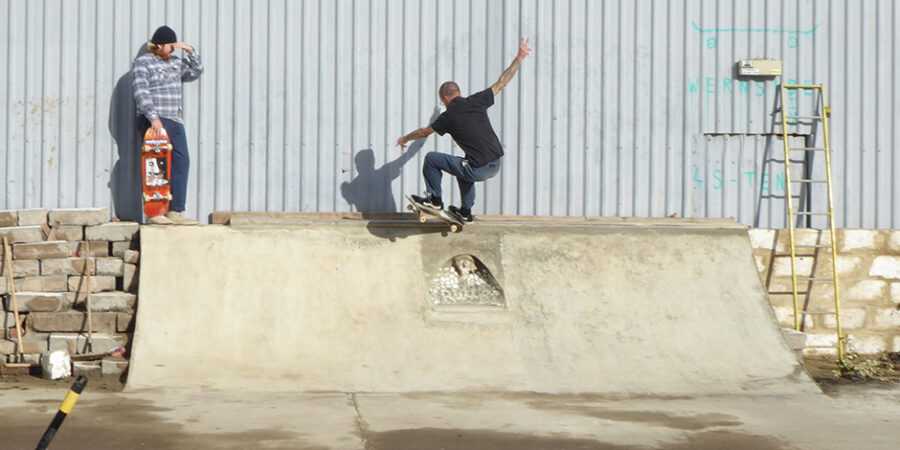 City planners and architects have long since recognised the need to create space for play in high density urban areas, hemmed-in by fast moving traffic. As Ward, again, suggests in 1996’s Anarchy In Action: “The authoritarian response to this need is to provide an area of tarmac and some pieces of expensive ironmongery in the form of swings, see-saws and roundabouts which provide a certain amount of fun (though because of their inflexibility children soon tire of them) but which call for no imaginative or constructive effort on the child’s part, and cannot be incorporated in any self chosen or reciprocal activity. Swings and roundabouts can only be used in one way, they cater for no fantasies, for no developing skills.”

The hundreds of steel and composite ramps rusting and rotting unused in distant corners of playing fields up and down the country stand as testament to this. A “this’ll do” attitude taken by many local councils in authoritarian ignorance, often with little or no consultation offered to end users.

Far from the ‘chaotic’, ‘destructive’ or even ‘violent’ misconception held by many, anarchism “in all its guises is an assertion of human dignity and responsibility. It is not a programme for political change but an act of social self-determination.” (Ward: 1996). Anarchism is not tied to any one particular manifesto, it breeds freedom of thought and freedom to act without authority.

As long as viable pockets of land continue to lie unused; weed, needle, and shopping trolley-strewn; while their owners languish ankle-deep in red tape shelling-out backhanders in the local planning department, DIY culture and construction will continue to flourish as anarchism in direct action. It is a key element of skateboard culture, celebrated by Love Letters and Confusion Zine, and the next time I find myself knocking-up a three-and-one mix on a piece of old waste ground, I’ll be singing to myself, “It’s the only way to be.”

For a recent journey into the history and evolution of a flourishing DIY spot on London turf check out this Grey Skate Mag article about the Grove DIY and be sure to watch The Grove DIY Film.