Josh Kalis explaining the impact this particular DC Lynx colourway had and his excitement at it’s re-release 20 years later. He received these shoes to test out many moons ago and they feature heavily in his Sixth Sense part. This is one of our favourite video parts of all time. Many of us here religiously wore the Lynx when it came out and the first time we glimpsed this colour was back in 1998. Memories of halcyon days romanticise this shoe for many different reasons. This sought after colourway gave it a kind of holy grail status. We have received numerous messages about this limited heritage shoe which has enjoyed a US release already. Here’s a look at what’s coming…

We are pleased to announce that we will be releasing limited numbers of this DC Lynx Heritage Reissue on Saturday July 7th at 9am. This will be an online release only. you can shop for DC HERE

END_OF_DOCUMENT_TOKEN_TO_BE_REPLACED 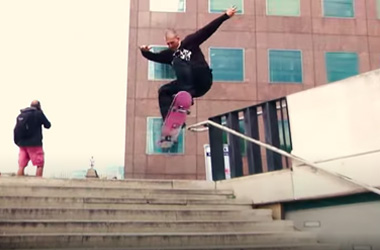